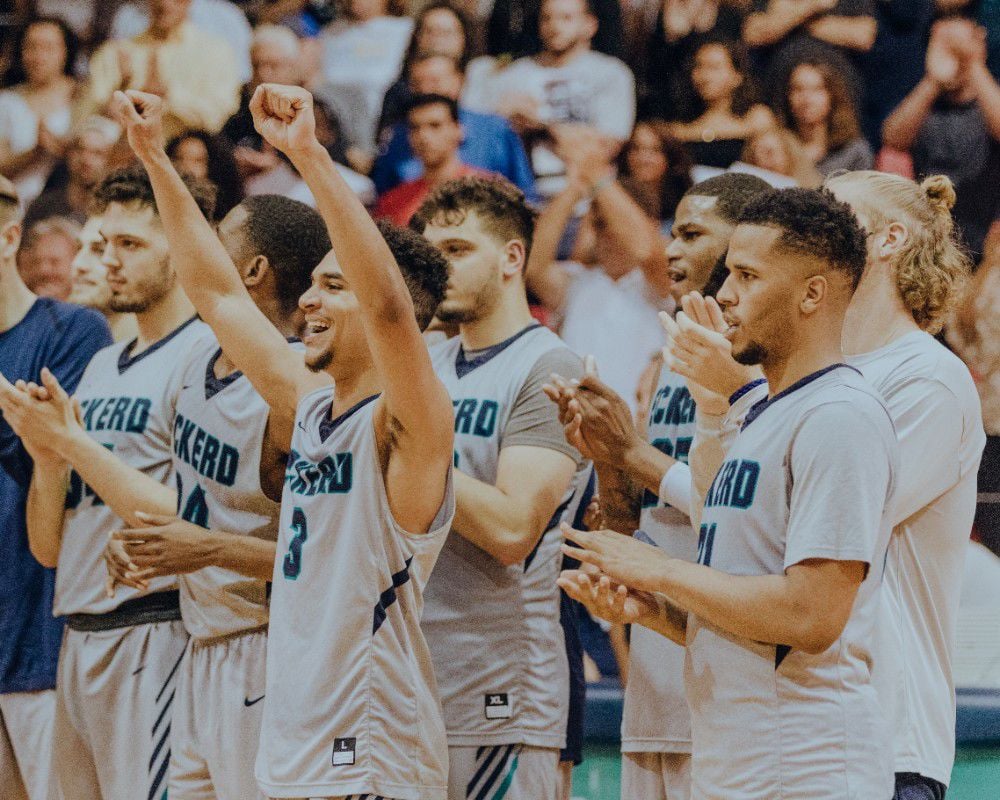 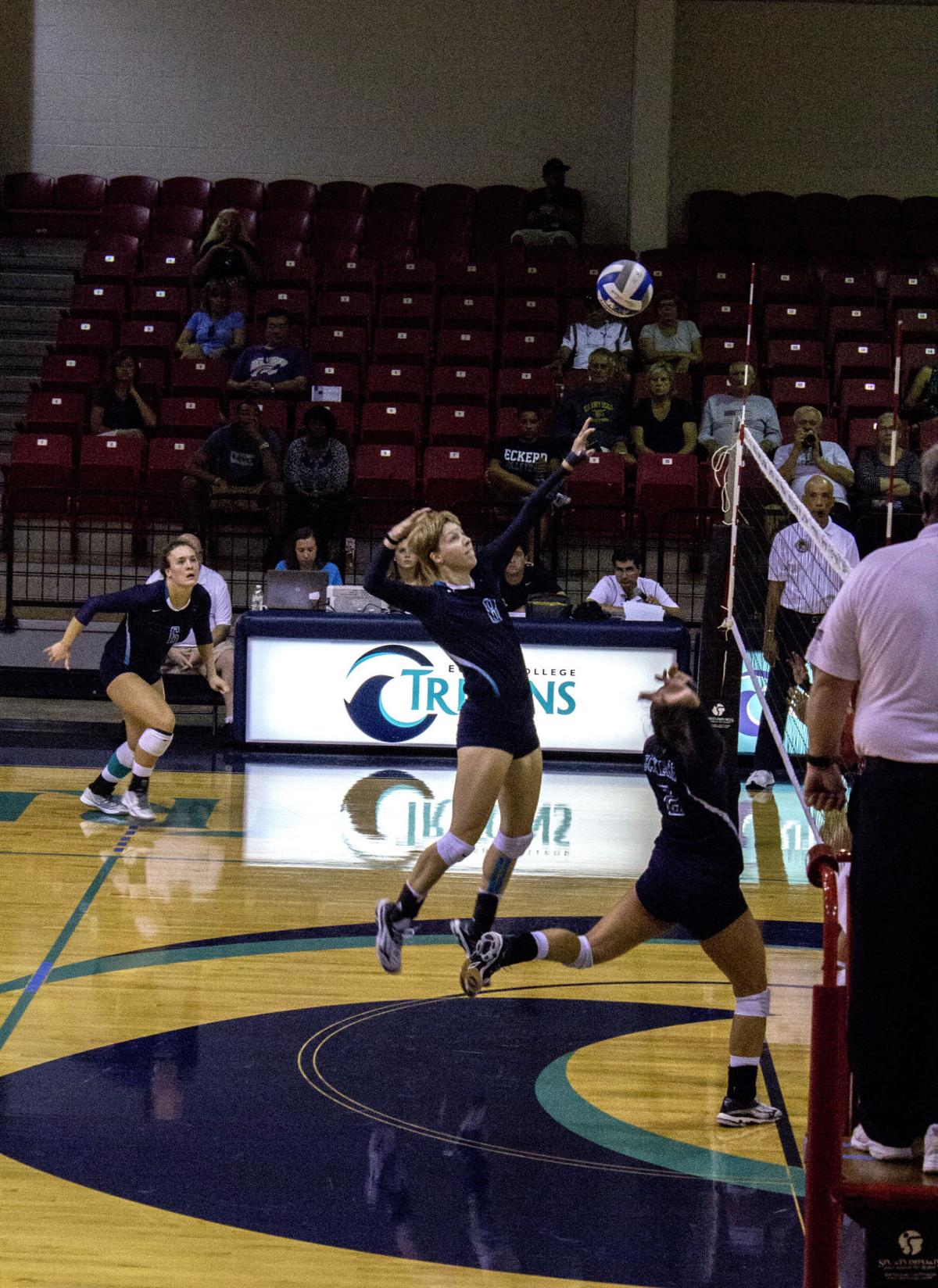 Senior Sarah Johnshoy (8) goes for a kill during the 2016 volleyball season.

Eckerd fell to Lynn in straight sets at the de Hoernle Sports and Cultural Center in Boca Raton on Friday, Nov. 15. The scores for the sets were 20-25, 17-25, 12-25. Although an unlucky result, sophomore Sydney Case was able to reach 1,000 assists this season, becoming the seventh Triton to do so in a single season. Sophomore Rachel Wisian had a .353 hitting percentage and was able to lead the Eckerd attack with six kills. Senior Paula Hoffman posted 11 digs leading eckerd’s defense with first-year Dana Dull and junior Luana Rezende both right behind her adding nine more digs each.

Eckerd was able to come back from losing the first two sets against Nova Southeastern, but was unable to keep the momentum to win the deciding set Saturday afternoon on Nov. 16 at the Rick Case Arena. The scores for the sets were 18-25, 23-25, 25-17, 25-23, 12-15. Sophomore Asya Harris reached a career-high with 24 kills while hitting .289. First-year Agata Sklepik posted a ninth double-double with 12 kills and 17 digs. Sophomore Rachel Wisian tied her season-high of seven blocks and junior Luana Rezende led the defensive row with 22 digs.

History was made on Monday, Nov. 18 at the McArthur gym when the Eckerd Women’s basketball team broke their scoring record in a 109-57 win against the University of Puerto Rico Mayaguez during their season opener. The previous record was 106 points in a game.

The women's team also broke the record for points scored in a quarter by putting 37 points on the board in the third quarter. The previous record being 34 in a quarter.

As a team, they recorded 31 assists, only one away from breaking the current record. Junior Abby Whiteye put a career-high 21 points on the board and sophomore Maya Price recorded 17 points, while senior Octavia Loll scored 16 points. Seven players reached double-digit points. Senior Zoe Richards led the Tritons with eight boards, while junior Mikayla Kuehne earned seven.

Eckerd fell to West Alabama, 82-63, in their season opener after allowing them to take a 18-0 run on Saturday, Nov. 9 in Pruitt Hall in Livingston, Alabama. Despite the early Tiger run, Eckerd was able to come back within seven points late in the first half, but UWA was able to distance themselves in the second half.

Four Tritons reached double figures with senior Kristiyan Stavrev and redshirt junior Travis Bianco putting 14 points each on the board while first-year Malcolm Whitlow and junior O’Shane Taylor-Douglas posted 10 points each. Eckerd came back from shooting 26.7% from the floor in the first half to shoot at 45.8% in the second half. But, the Tigers shot greater than 50% from both the field and beyond the arc during the game thus the end result.

The Tritons came out strong with a 9-0 run in the first two minutes of the game. They continued to show a strong start in the second half when they came out with a 16-2 run to further distance themselves.

Eckerd earned their first home win in their season opener against Puerto Rico Mayaguez at the McArthur Gymnasium. They came out with a 9-point scoring run and held UPRM to win the match 113-66 on Monday, Nov. 18.

Three Tritons posted at least 20 points in the home opener. Redshirt junior Travis Bianco posted 24 points, while first-year Malcolm Whitlow and senior Myron Hagins added 20 points a piece. Hagins also posted eight rebounds and set a career-record of five steals. As a team, Eckerd had a total of 10 steals, which resulted in 19 points off those turnovers.