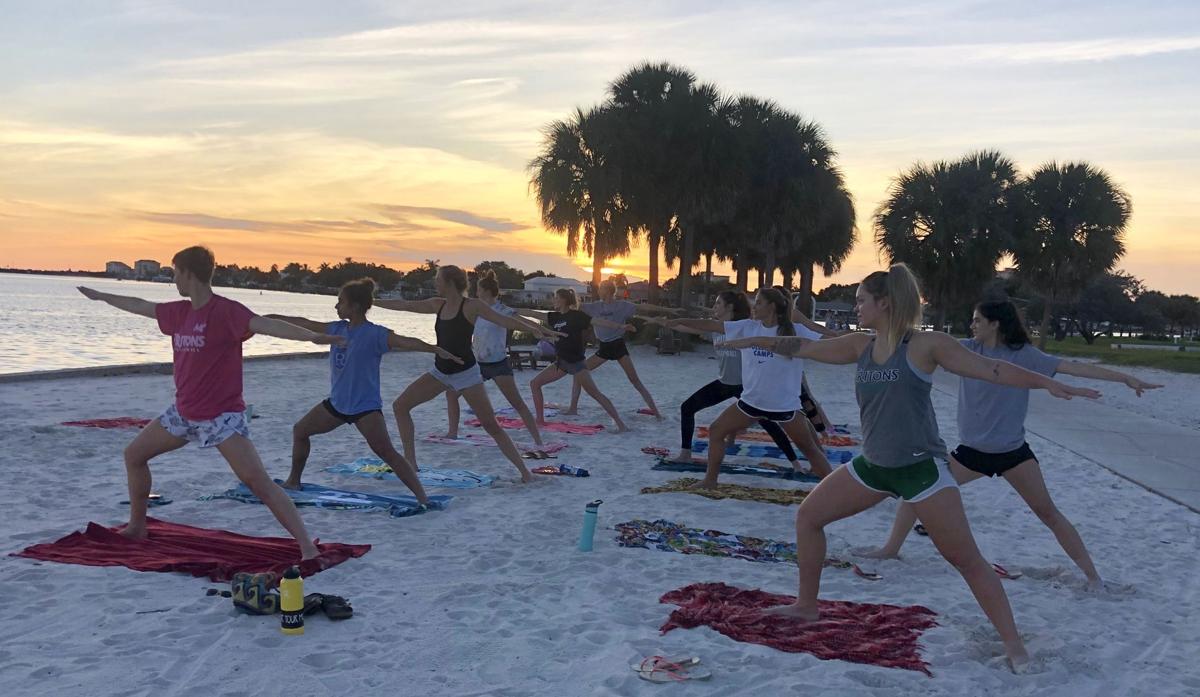 Women’s volleyball team doing mindful and performance yoga on South Beach. They participate in these sessions once a week. 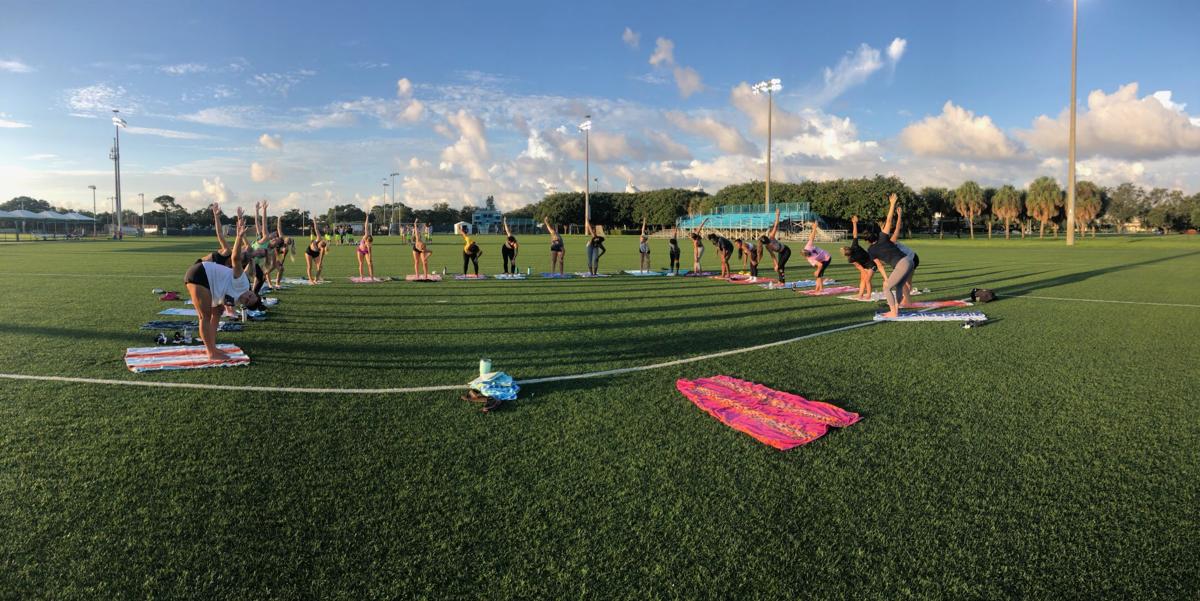 Women’s soccer team doing mindful and performance yoga on the soccer field. They participate in these yoga sessions once a week.

For student athletes, focusing on the physical demands of a sport can overshadow mental wellness and body recovery. Through adding mindful performance yoga in their training, athletes can find mental clarity through body movement in order to prevent injury and increase their endurance capability during games.

Beginning last spring, Crystal Carnahan, an elite mindful performance coach, began working with both the women’s soccer and women’s volleyball teams at Eckerd. Over the summer, Carnahan was officially hired by Eckerd and has been consistently working with both teams during their preseason training.

Carnahan’s passion for athletic training and similar programs led her to taking part in a health and wellness program. After, she moved from her home in Maryland to Florida and decided to get her yoga teacher certification.

Both a runner and a sports fan, Carnahan began to notice how there was never research done among athletes on their mental or emotional training. The focus is primarily on their physical training, which is commonly seen in discussions about athletes.

“We are all under stress and athletes are under even more because they have to put that added training and things of that nature into their program,” Carnahan said. “It was interesting and fascinating to me… how the body moves, how we perceive ourselves to move and how we actually do move in our space.”

Carnahan continuously heard about athletes having overuse injuries in sports such as baseball and golf that tend to use the same side of the body. This problem made Carnahan question how that can be prevented and how longevity can be created on and off the field.

On her website, Carnahan wrote about how the relationship between the body and the mind can make all the difference between having the best performance or just playing the game.

“Using sports specific range of motion exercises to lengthen the muscles and visualization practices and techniques to focus in on our target, we are able to create a ‘flow’ or ‘zone’ to bring our mental and physical dimensions to peak performance,” Carnahan wrote.

This sports specific technique is a unique style of teaching that Carnahan does, separating her classes from a standard yoga or meditation class. At the beginning of each session, Carnahan begins by talking about past or upcoming games, what it means for the team to have newer players and what their goals or intentions are going into the season, whether it is to win five games or the whole season.

While Carnahan has the women’s soccer team do exercises that open their hips, the women’s volleyball team focus on movements that will open their shoulders.

“I particularly concentrate on the core because, with lifting and other training, they get into the core, but my goal is to have the athletes be able to separate the top and bottom,” Carnahan said.

Being able to have that differentiation is incredibly beneficial. Carnahan explained that she wants the athletes to draw the power from the bottom through their core and, as they rotate, that strength in their core is helping them protect the spine and easy to injure muscles in the center.

“Yoga makes me feel very relaxed and at peace. It also helps my body feel more flexible and healthy. Although we run a ton as a soccer team, stretching in those unique ways helps my body stabilize and recover,” senior and women’s soccer midfielder Madison Dilgard said.

With focus on lifting, agility, endurance and cardio, programs do not always put in an active recovery or a mental or emotional aspect into their training.

“What I want to convey is it’s just as important to lengthen and strengthen, and really build mental flexibility as well as physical flexibility,” Carnahan said. “And how the emotional aspect of fear and confidence and worry and frustration and anger and joy and happiness, how all of those mix into how we are on the field and how we are off the field.”

Her goal is to hone into the emotions and understand what is going on physiologically and what is making the athlete worry. Whether that be worry of re-injury, worrying about an opponent or having the confidence to win a game.

“Doing our mindful performance practices has helped strengthen me physically as well as mentally. As well as on the field and in my everyday life. I didn’t realize how important something like yoga would be to a collegiate team and I’m very grateful to be able to have this kind of training under my belt,” junior and women’s soccer defender Teagan Payne said.