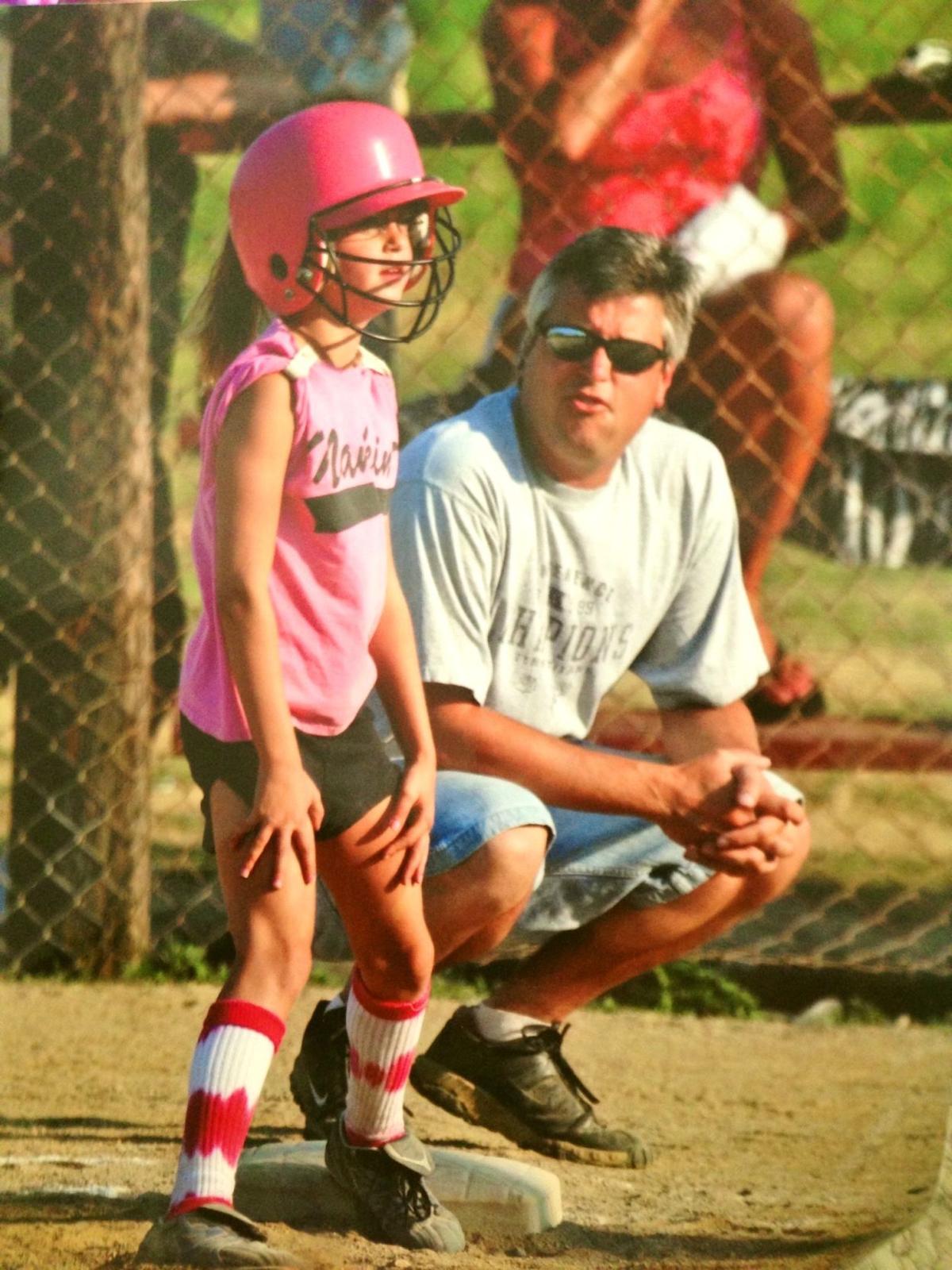 Madison Dilgard has played softball since she was four years old. Here she is pictured with her father during a game. 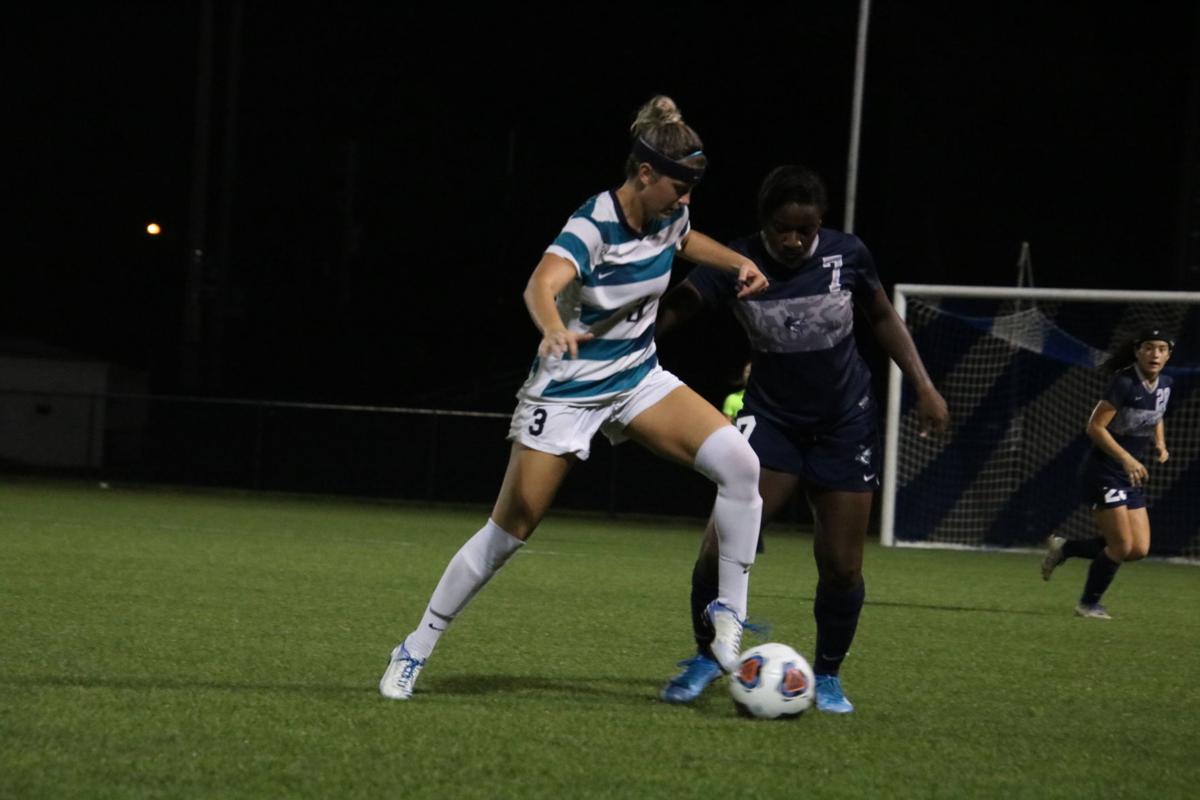 Madison Dilgard plays outside mid for Eckerd' women's soccer team. She completed her first season with the Tritons in November 2019.

Madison Dilgard has played softball since she was four years old. Here she is pictured with her father during a game.

Madison Dilgard plays outside mid for Eckerd' women's soccer team. She completed her first season with the Tritons in November 2019.

Madison Dilgard from Ashland, Ohio, completed her senior season with the women’s soccer team in November 2019. She thought this would be her last time wearing teal and white on an official field again, but she was wrong. On Feb. 2, Dilgard had the opportunity to suit up once again but to her surprise, for a completely different sport: softball.

After soccer season ended in November, Dilgard enjoyed hanging out with friends, going to the gym and beach, but she noticed something was absent from her life. Dilgard missed being part of a team. But soon after, she was offered the chance to shine on the softball field instead.

“Being a senior, not having practices or games definitely bummed me out. I miss getting excited for game days or having a team, I missed it within the first few weeks. The softball team has really taken me in as one of their own and I love being a part of it,” Dilgard said.

Dilgard is a pinch runner for the softball team and played outside mid on the soccer team. She shared that although the sports do not have much in common in the way they are played, they do both have a strategic side and take a strong mentality.

“KG [Head Softball Coach Katie Profitt] asked me to be a pinch runner for them a few months ago. I told her I would only do home games because I didn’t want to miss out on the rest of my senior year. Then a week before their season opener she asked if I wanted to do only home games and I said yes,” Dilgard said.

She played softball as a child and loved the sport, but quit because she enjoyed playing soccer more.

“I played softball from when I was about four years old until I was about 12. It was fun when I was little, but playing at this level there are definitely a lot of things I never learned in little league. It is fun to learn and pick up on things though,” Dilgard said.

Dilgard shares a deep passion for soccer, but loves how the softball players made her feel so welcomed.

“They make me feel right at home and I know they always have my back,” Dilgard said.

Dilgard will play in the home games as a pinch runner while still cheering on the soccer team during their spring season scrimmages.

“I love sports and athletics in general and I know it helps having another runner on the softball team. I love Eckerd athletics and just love being a part of it all. The team and coaches have been so nice and understanding it’s really helped a lot,” Dilgard said.

Dilgard  is a human development major and was accepted into Southeastern University for graduate school where she plans to get a Master of Science in professional counseling. She hopes to get a job with the school’s soccer team.