Skip to main content
You are the owner of this article.
Edit Article Add New Article
You have permission to edit this article.
Edit
Welcome, Guest
Home
News
Sports
Culture
Opinion
Science & Tech
Multimedia
1 of 3 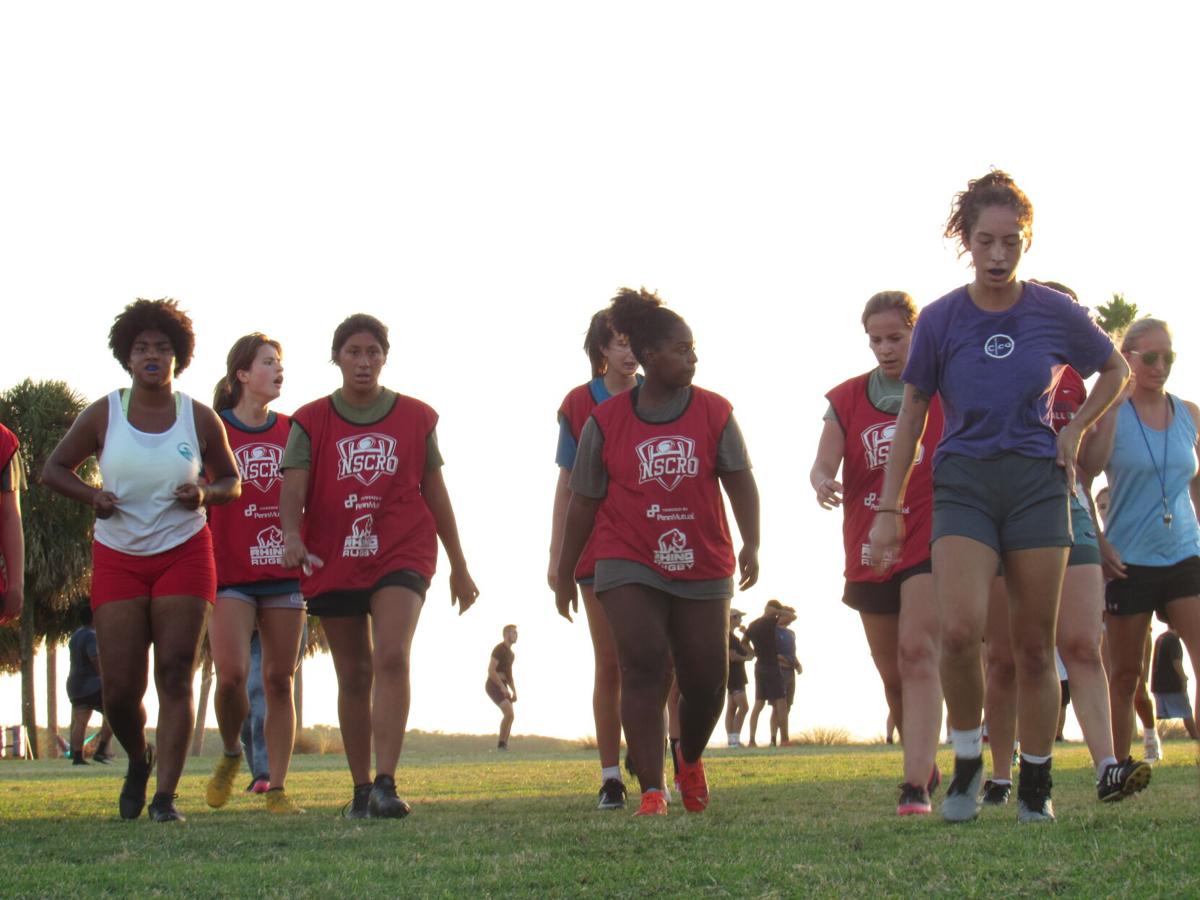 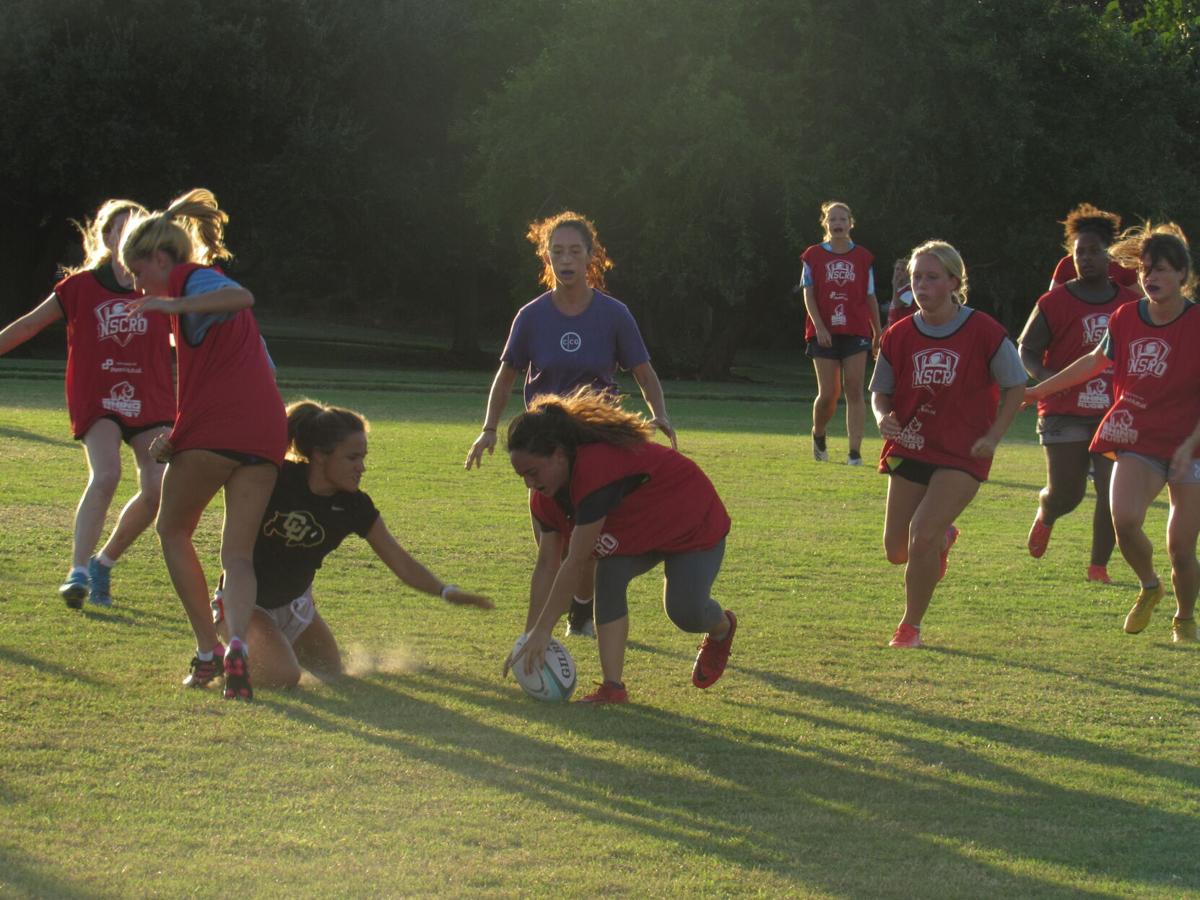 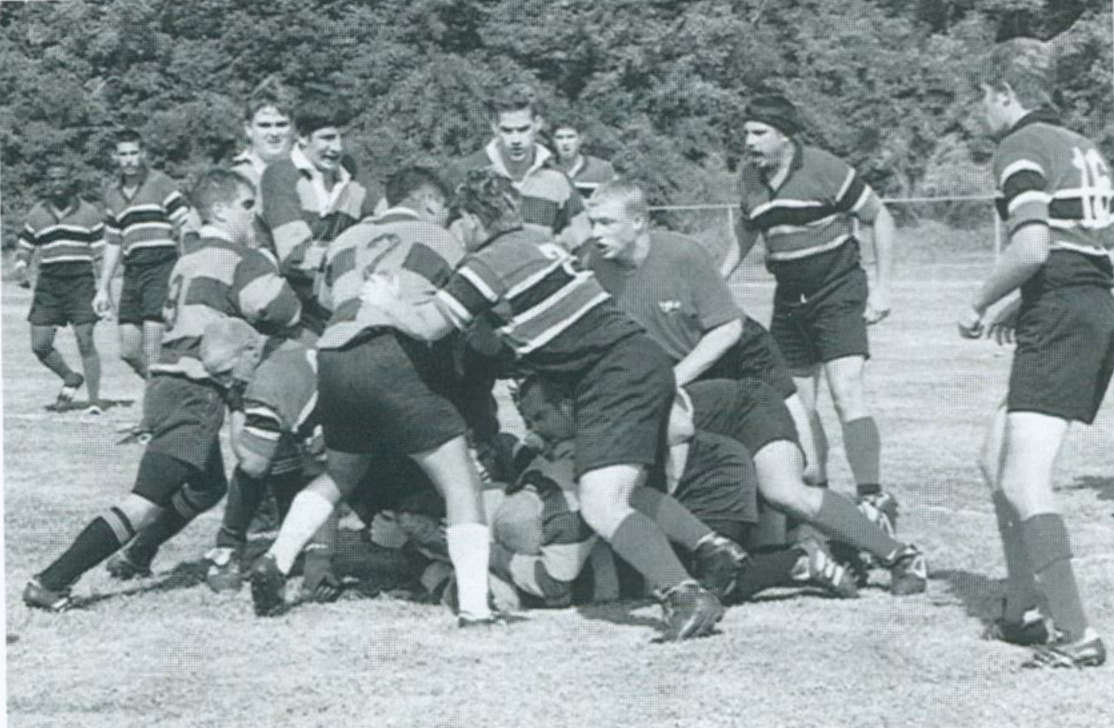 “After making a tackle, Eckerd pushes their USF opponents off for control of the ball in a scrum down. This is definitely one of the things that makes rugby a contact sport and allows its teams to get ‘up and close and personal,’ photo by Jessica Green.”

Circa: 1999 yearbook provided by the Armacost Library at Eckerd College.

“After making a tackle, Eckerd pushes their USF opponents off for control of the ball in a scrum down. This is definitely one of the things that makes rugby a contact sport and allows its teams to get ‘up and close and personal,’ photo by Jessica Green.”

Circa: 1999 yearbook provided by the Armacost Library at Eckerd College.

On Oct. 4, both men’s and women’s rugby were officially able to resume practicing full contact, meaning no more tackling limitations for the first time since March 2020. They have resumed concussion testing and must wear mouthguards to practice, both of which were not required the previous year due to the lack of intense physical contact under pandemic regulations.

Senior co-captains Mara Knight and Chloe Hill, and Sirens president Nicole Vandale are excited to return to full contact practices. They are thrilled by the number of rookies that joined this year and the energy and commitment shown thus far.

“There's just a ton of new people across the grid. It's exciting. It's different having a completely new team to rugby. Even [the junior] class barely played because COVID happened,” Hill said.

According to Hill, approximately ten out of the forty-six players on the team have played full rugby games, with Eckerd at least.

The Sirens pride themselves on the welcoming and inclusive community they provide for each other, as described by Knight. While the restrictions on the field last year made practices hard, the inability to form any team bonding activities off the field created a team disconnect and felt extra challenging.

The Eckerd College Rugby Union was founded during Autumn Term 1997 when alumnus Brendan McCluskey came to school with eight rugby balls and experience in the sport. He found a lot of women interested in rugby and decided to create a co-ed rugby club to assure the most interest and participants possible.

“We ended up getting, I want to say 16 guys and 12 girls the first day,” said McCluskey. “And then it grew, and grew and just turned into something. I'm pretty sure my father bought the first rugby jerseys, I had to pay him back with the cash collections.”

It wasn’t until the next spring that the club had a roster, arranged games against local schools and eventually joined an organized league. Once this happened, the teams had to separate. The men's team remained under the leadership of McCluskey while the first official women’s team was led by Cintia Pecellin when she was a sophomore in ‘98, and brought her team to the Tampa Bay Women’s Rugby Club. Both of their first practices took place on Kappa Field and it did not take long for interest to spread.

“I love the fact that [rugby’s] field is on Kappa Field right now because that was where we started,” McCluskey said. “It was disgusting. In fact, we were first called the ‘Fireants’ because it was so infested with fire ants that we'd be all torn up and burned up and [have] bites all over our legs.”

He described how identifiable the rugby players were after playing a game on a flooded Kappa. Fire ants would float on top of the field, leaving each player covered in red bumps.

In the following spring, men’s rugby had been registered into an official league and began playing against other Florida schools. Back in the day, teams that belonged to other schools would stay overnight on Eckerd’s campus, which was not always fun for Eckerd.

“Miami was the most particular team. Let’s just say, I was indifferent to Miami before we played them. I don't like Miami anymore,” McCluskey said. “All they did was come in and try to pick fights at Nu. They were staying with us and they were so obnoxious.”

Though, this was not the case for all visiting teams such as Florida State or the University of Florida Gators.

“[The Gators] were all guys that had fallen off the football team so they were twice our size, but our secret weapons were a bunch of fast kids that played soccer,” McCluskey said. “We had this one kid from ELS from Argentina who was running circles around everybody.”

McCluskey was proud to announce that the Fireants had at least one victory in their first season.

“We did not get shut out that year, I'm pretty sure we won at least one game. It was against Atlanta or somebody I think it was UCF, that we ended up pulling the out. I think it was only because we were less hungover than they were,” McCluskey said.

It wasn’t until McCluskey’s senior year that the black and red Fireants changed their colors to white and blue, and in 2006 they officially became the Tritons that we recognize today. In 2019, the last full season, Men’s Rugby Tritons finished undefeated, becoming the National Small College Rugby Organization (NSCRO) South Cup Champions for the first time in their history. Meanwhile, the Sirens are returning to the season after holding consecutive championships with the Women’s Florida Rugby Union (FRU) since 2016.

The current seniors are the last members of the Sirens who not only got to participate in the last full season but were a part of the team’s last championship, including president Nicole Vandale, and co-captains Mara Knight and Chloe Hill.

“It's been really nice to start contact again. As always, our first priority is safety so we do take a couple of weeks to slowly introduce contact,” Vandale said. “It's just so rewarding to see how far everyone's come since they first started learning rugby.”

Vandale said that as opposed to last year’s more distanced practices, this year has given the Sirens a sense of normalcy on the field again, as their protocols for practices have been fully lifted.

“We had an insane team my freshman and even my sophomore year. We went to Nationals and were predicted to go back. I think losing those key players and having to build new ones when we didn't have a season to do that was hard,” Hill said. “But it’s nice because we [now] have more creativity and openness with [empty] spots, so people have room to step up.”

Due to the loss of experienced upperclassman players, the captains assured this only leaves room for other players to take the position they may not have had the opportunity for in another year.

All leaders of the team mentioned that those who have stepped up thus far have been putting in a lot of effort and commitment to being a Siren, a trait they all appreciate.

“We've also had freshmen stand out. [They are] putting in work outside of practice and that just shows that they want this,” Hill said.

“They've shown that they really like the sport and are determined to get better,” Knight said.

Having only a month of contact practice and one public scrimmage, the team is confident they will resume their championship streak.

“We want to get better so we’ve been building the chemistry between us, working out, getting our fitness back, and working on skills we've missed out on for a whole year,” Knight said. “I feel in my gut, I just have this feeling that we will go to Nationals.”

Bella Souders, the team’s vice president, is a junior who has not yet experienced a full season. She shared how rugby has impacted her life at Eckerd.

“Confidence. I feel more comfortable walking around campus, I feel more confident in standing up for myself in any situation. In a way not letting people push me around. Not letting what others look like or are, affect who I think I am,” Souders said.

Head Coach Kelsey Brachna was asked to coach by Tarek Richey, the men’s head coach and Brachna’s friend who passed away on May 28, 2020.

“I'm excited because I have a lot of faith in our leadership this year. Our captains and our officers are doing a really good job,” Brachna said.

Coach Brachna wants her players to go out with one main thought on their minds. She wants them to act confident and show it.

The Sirens have their first game back in Jacksonville on Saturday, Nov. 13 and their official season begins Spring 2022.