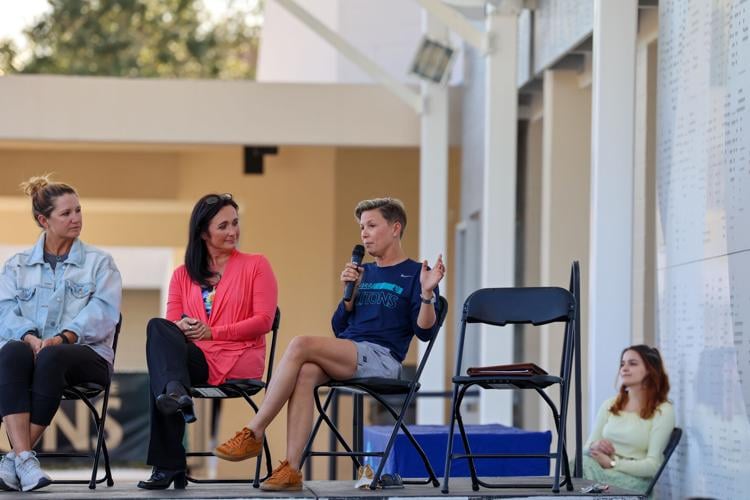 Caroline Young (far right) shares her experiences as a woman in athletics at the National Girls and Women in Sports Day event, hosted outside of McArthur Gymnasium. She is accompanied by Sarah Duren (middle), Director of Sports Medicine, and Danielle Fotopoulos (far left), head women's soccer coach. 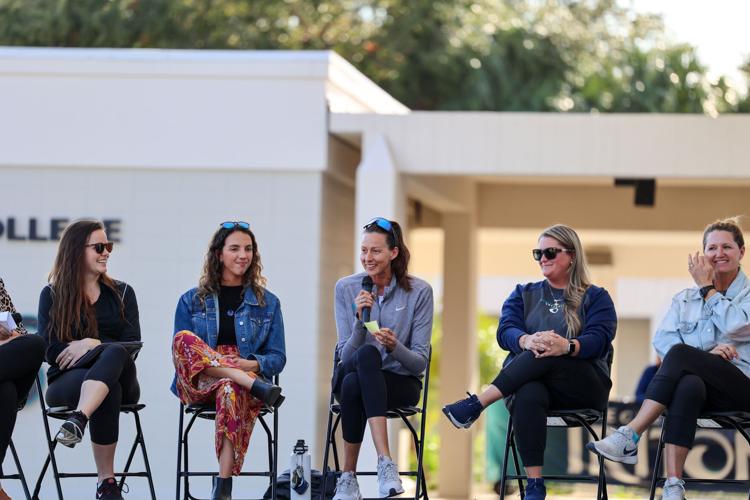 Caroline Young (far right) shares her experiences as a woman in athletics at the National Girls and Women in Sports Day event, hosted outside of McArthur Gymnasium. She is accompanied by Sarah Duren (middle), Director of Sports Medicine, and Danielle Fotopoulos (far left), head women's soccer coach.

Wednesday, Feb. 2 marked the 36 annual National Girls & Women in Sports Day. According to the Women’s Sports Foundation, the celebration is meant to inspire women and girls everywhere to be active and realize their true potential.

“The confidence, strength and character gained through sports participation are the very tools that girls and women need to become strong leaders in sports and life,” the foundation’s website states.

The day was first celebrated in 1987 to recognize women’s accomplishments and leadership roles within the sports world. It initially served as a remembrance of Olympic volleyball player Flo Hyman, who passed away the year before due to complications from Marfan’s syndrome.

This school year on the holiday, Eckerd celebrated their own female leaders and recognized their importance by hosting a college program series (CPS) event, brought together by the Eckerd Athletics Department and Eckerd College Organization of Students (ECOS).

Women within the athletic department from sports medicine, coaching and directing gave several speeches during the event. Many took the time to share their experiences on how being a woman in sports has affected their perspectives, attitudes and the people they have developed into.

When the panel of athletes were asked what was the most memorable thing that had come from their experience and leadership positions as women in sports, the coaches in particular had more heartfelt things to say about their memories.

Other coaches, such as womens’ soccer coach Danielle Fotopoulos, spoke on the importances of a good education as a foundation for powerful leadership within sports.

“I really could have gone and played [soccer] professionally and not finished my degree. Being here at Eckerd has really changed my whole perspective on education. I wouldn’t sit up here and have the job that I have if I didn’t have my degree,” Fotopoulos said.

They all offered advice on how to deal with discrimination, athletics and academics, and why it is important to stand tall as a representative of such a large part of the sports industry.

The assistant sailing coach, Caroline Young, spoke especially about female relationships within athletics and what a powerful tool it is to have other women on your team. She described her close relationship with former sailing teammates and the deep camaraderie that they all still recognize almost fifteen years later.

“My advice would be [to] stick with the women because I have gotten more sincere feedback, support, job interviews and just really everything like that. Don’t be hesitant to lean on each other for this whole journey,” Young said.