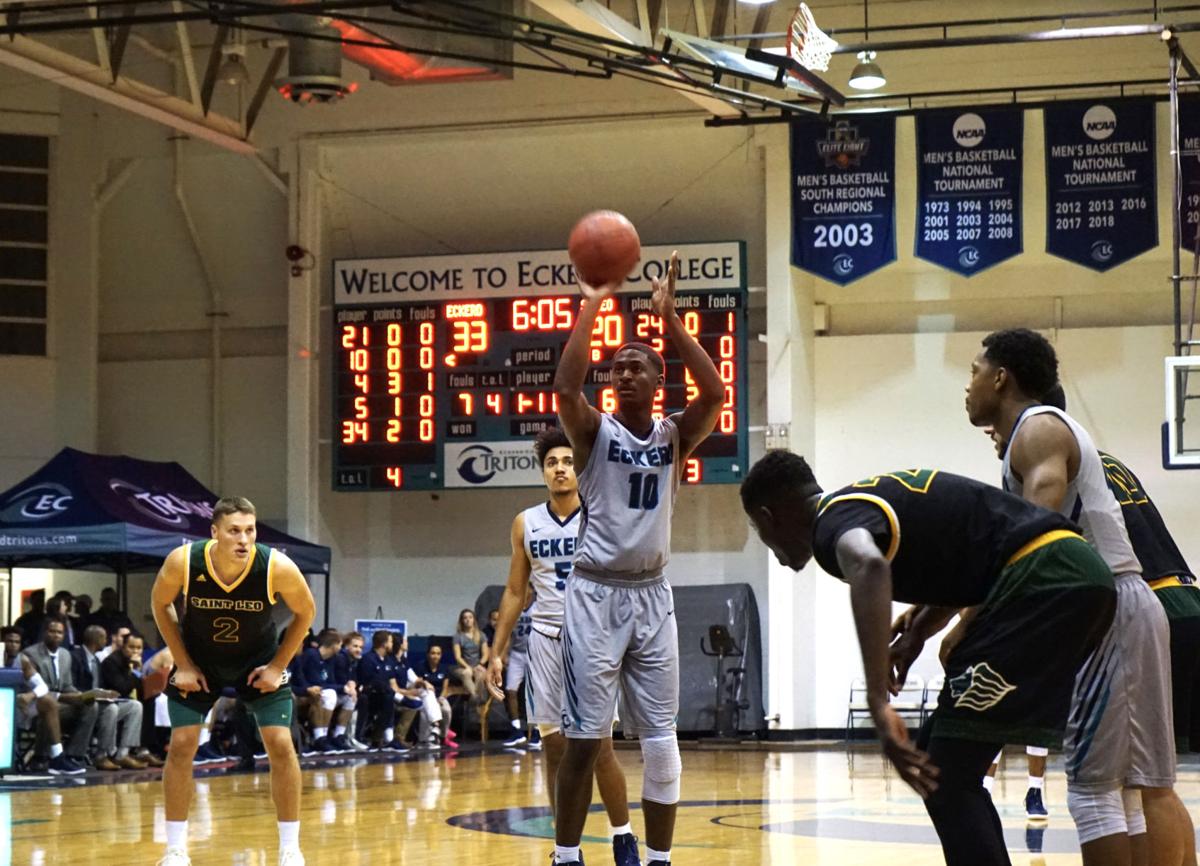 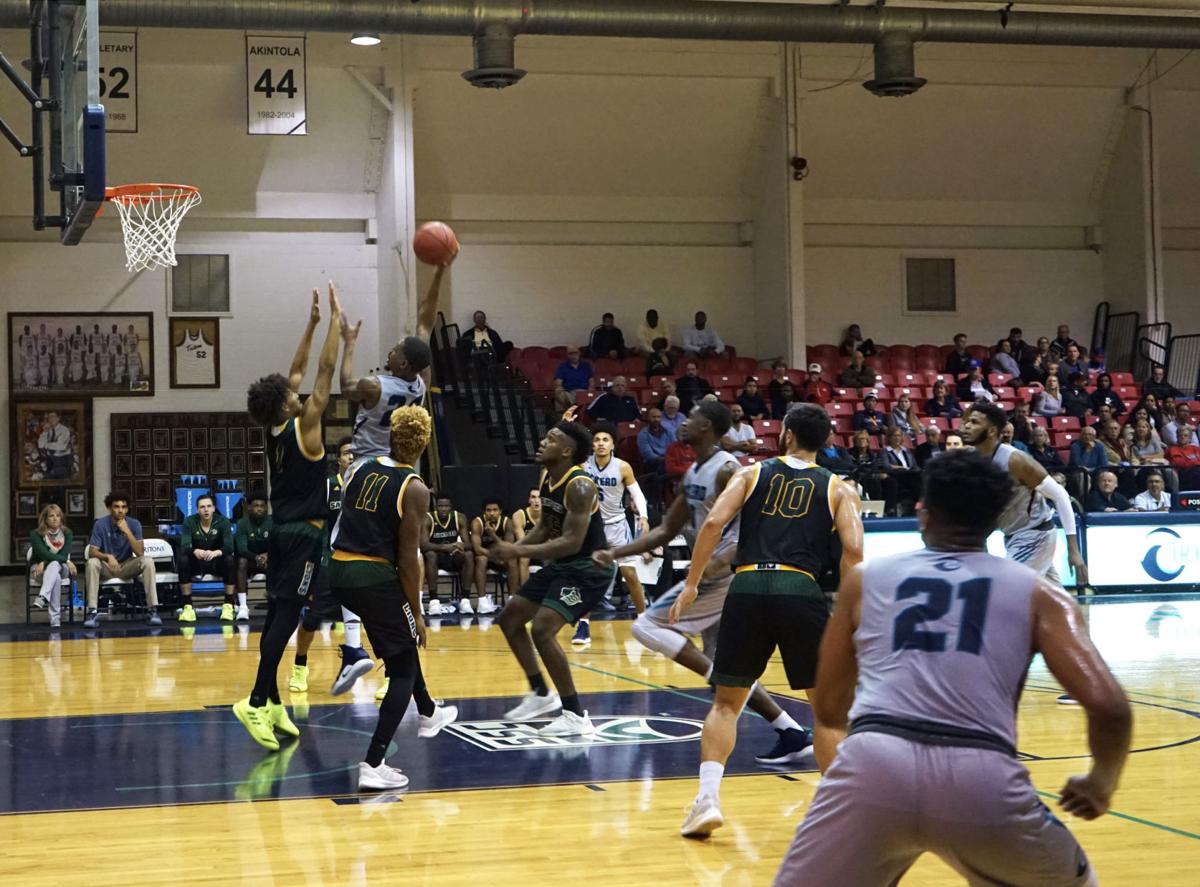 The men’s team improved to six wins and one loss when they faced off against conference opponent Saint Leo.

“He didn’t miss a shot in the first half. I’d like him to do that more, if he can do that more that’s going to help us a lot,” Head Coach Tom Ryan said.

The Tritons battled all night long, and at times they were up by as many as 14 points only to have Saint Leo close the gap to within one.

“When we were locked in mentally we were good, we had some breakdowns where we gave some easy buckets, you almost saw one at the end. I don't know if it was fatigue or what it was but we had some mental breakdowns late,” Ryan said.

In addition, Ryan attributed a lack of communication to the scoring runs that Saint Leo made. He noted that while the Lions made a variety of good plays there was also a lack of focus present for the Tritons.

Eckerd received large scoring contributions from a plethora of players including a career high 18 from junior Myron Hagins who nailed multiple three pointers late in the game.

Senior guard Marco Behori was as consistent as ever adding 12 points of his own to the teams 83. The senior is coming off a spectacular junior campaign in which he was named MVP of the SSC tournament.

“Drushaun and Marco are in most games so they’re in shape and they can do these things,” Ryan said.

The Tritons next home game is on Dec. 29 against Lynn University.