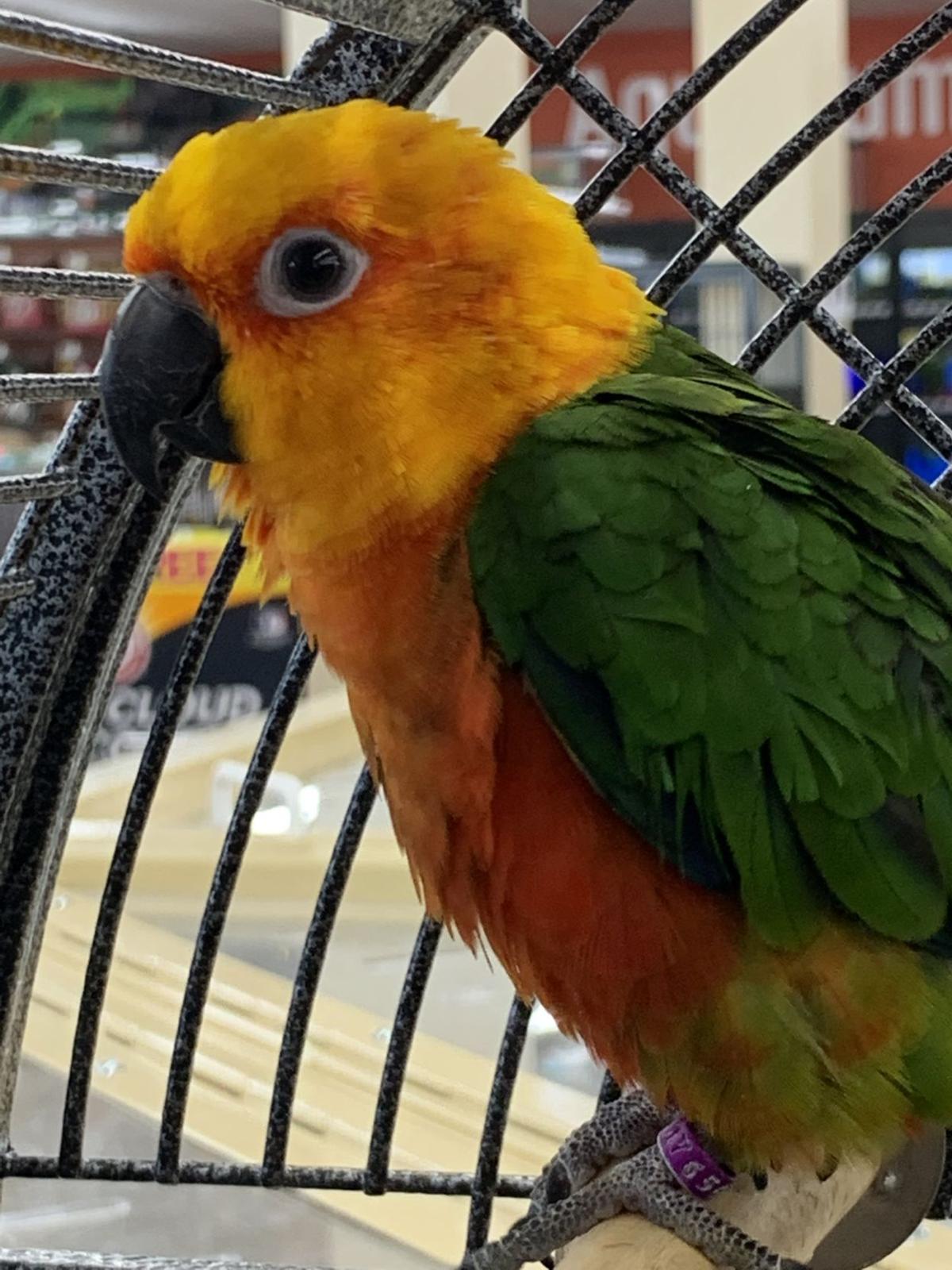 With Pet Supermarket so close by, some students may be tempted to buy pets that they aren’t able to take care of long term. Pet stores already contribute to shelter overpopulation, will impulsive students add to that as well? 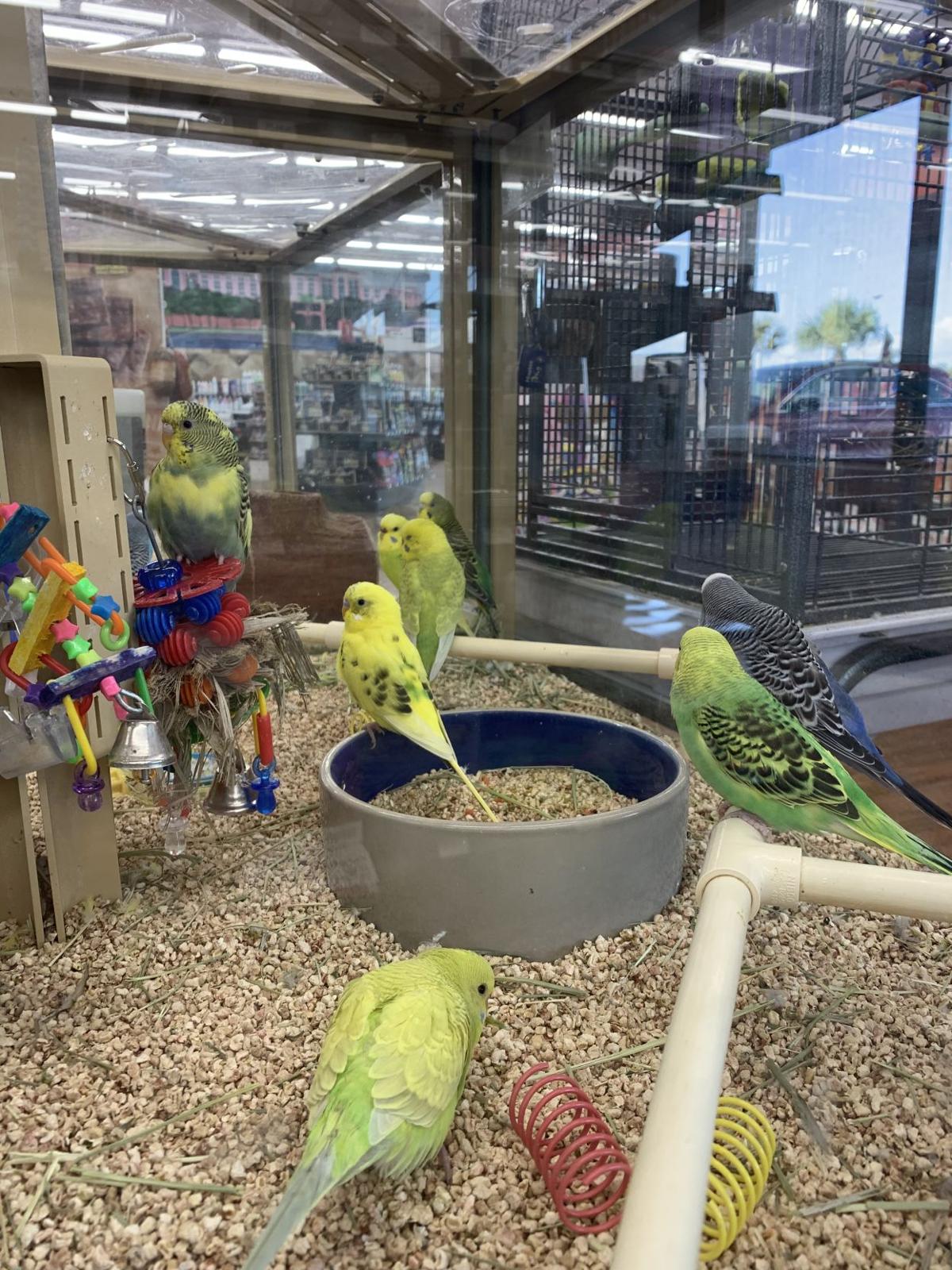 Budgerigar parakeets that are found nearby at Pet Supermarket have life spans between five to ten years. The species is native to Australia, but has been bred in captivity since the 1800s.

With Pet Supermarket so close by, some students may be tempted to buy pets that they aren’t able to take care of long term. Pet stores already contribute to shelter overpopulation, will impulsive students add to that as well?

Budgerigar parakeets that are found nearby at Pet Supermarket have life spans between five to ten years. The species is native to Australia, but has been bred in captivity since the 1800s.

Eckerd is well-known for its pet-friendly policy. But, this privilege makes it easy for students to impulse-buy pets they are not ready to care for, endangering the animal in the process.

Goodman-Wilson and Highfill asked students to report on how much money and time they were spending on their animal, and if they thought it was interfering with their education. Most students did not report a significant amount of hardship and virtually everyone wanted their animal with them and was happy with that decision.

“Many of our students do experience a positive benefit from having their animals, I think particularly in helping to combat feelings of loneliness and isolation,” Goodman-Wilson said.

Having pets on campus comes can be a great experience, but it comes with responsibility and time commitments that many students aren’t prepared to undertake.

“I’ve never owned a snake before. I don’t know how to take care of snake,” Noble said.

A month and a half went by and Noble still received no word from her old roommate. Thankfully, Noble had friends who had owned snakes and were able to care for it.

Still, the snake ultimately died. Noble and her friends guessed it was due to overstress. Noble suspects it was because her old roommate did not do the proper research on the snake before buying it at the beginning of fall semester.

“This specific type of snake is not meant to be taken out and held, which she did a lot,” Noble said.

Doing research is a vital aspect of buying a pet, especially one that students may not be familiar with or have ever had to care for before. Not doing this can lead to endangering the pet’s welfare or neglect.

“The problem is people who impulse buy the pets and don’t do research on it beforehand and add up how much it will cost over time and plan out how they are going to travel with them,” Noble said. “I think that’s ridiculous and they should not be buying these exotic pets.”

Pet Life plays a large role in the proper care of pets on campus, but the majority of the responsibility lies with the students. Students need to ask themselves questions about their future before bringing a living creature on campus.

“If you’re thinking about bringing an animal, you need to think about the reality of your life the entire time you’re here,” Goodman-Wilson said.

New pet owners in school need to consider how they will feel during the stress of finals week, if they will be in a pet friendly environment after graduation, or if they even have a consistent flow of money to care for this creature.

“Students need to recognize it is a responsibility,” Goodman-Wilson said. “It is a wonderful thing... but it is like being a parent. You get a lot out of it, but you’re the one responsible for caring for this creature because they cannot care for themselves.”

Walking around campus and seeing the wide variety of fluffy and exotic pets can easily inspire students to invest in a pet of their own. Students are, for the first time, able to make these types of decisions for themselves. Still, they need to make an educated decision before taking on the life of another creature.

“People should...know whether this is a smart decision or not,” Noble said. “Have some self control, because we are in college and it’s a little ridiculous that people are impulsively buying these pets that they can’t take care of.”

“Your dog does not understand, nor care that it’s finals week,” Goodman-Wilson said.