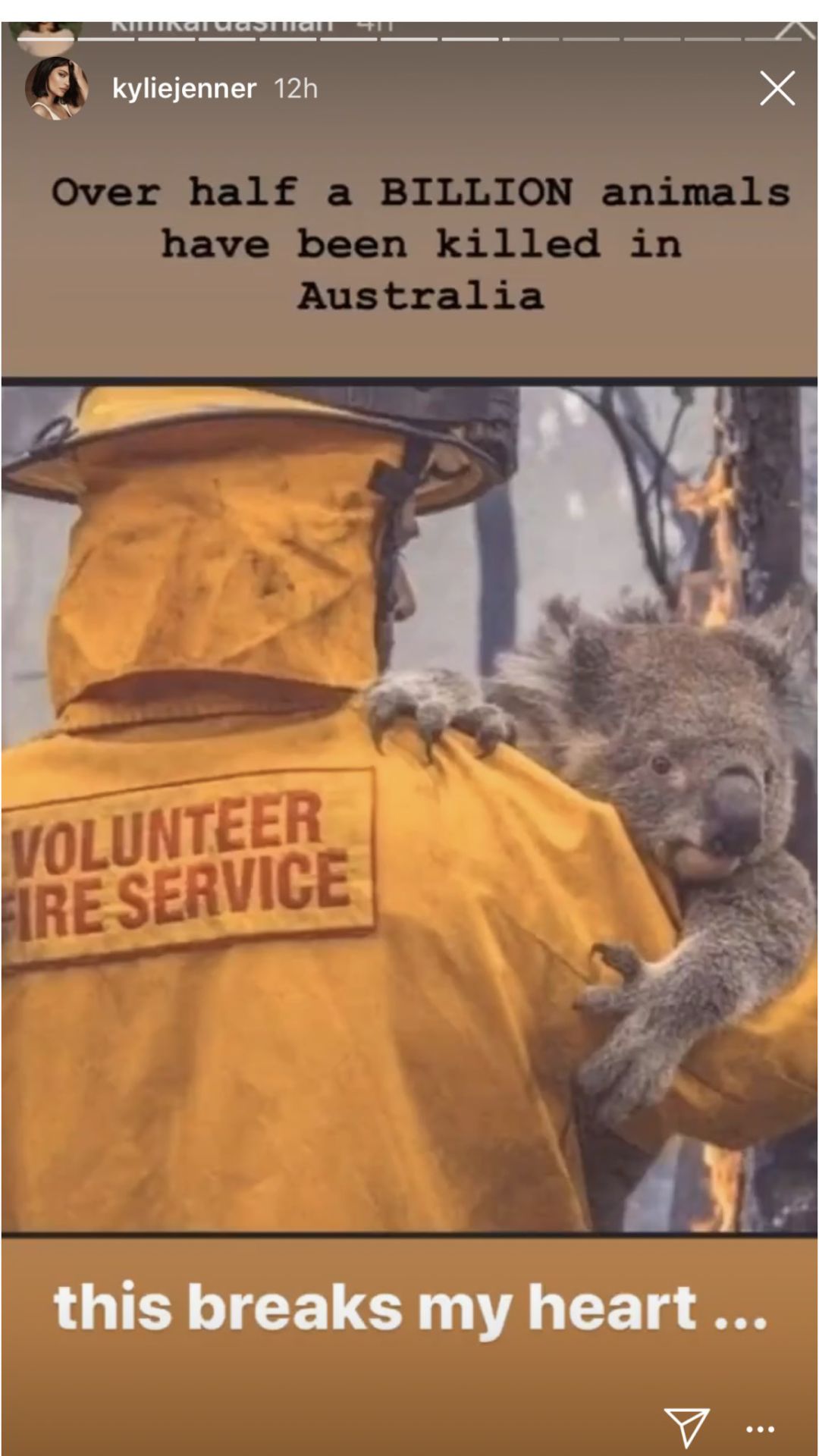 Celebrity and online influencer Kylie Jenner posted this picture to show her solidarity for people and animals affected by the Australian Bushfires. Critics claimed she was not doing enough. 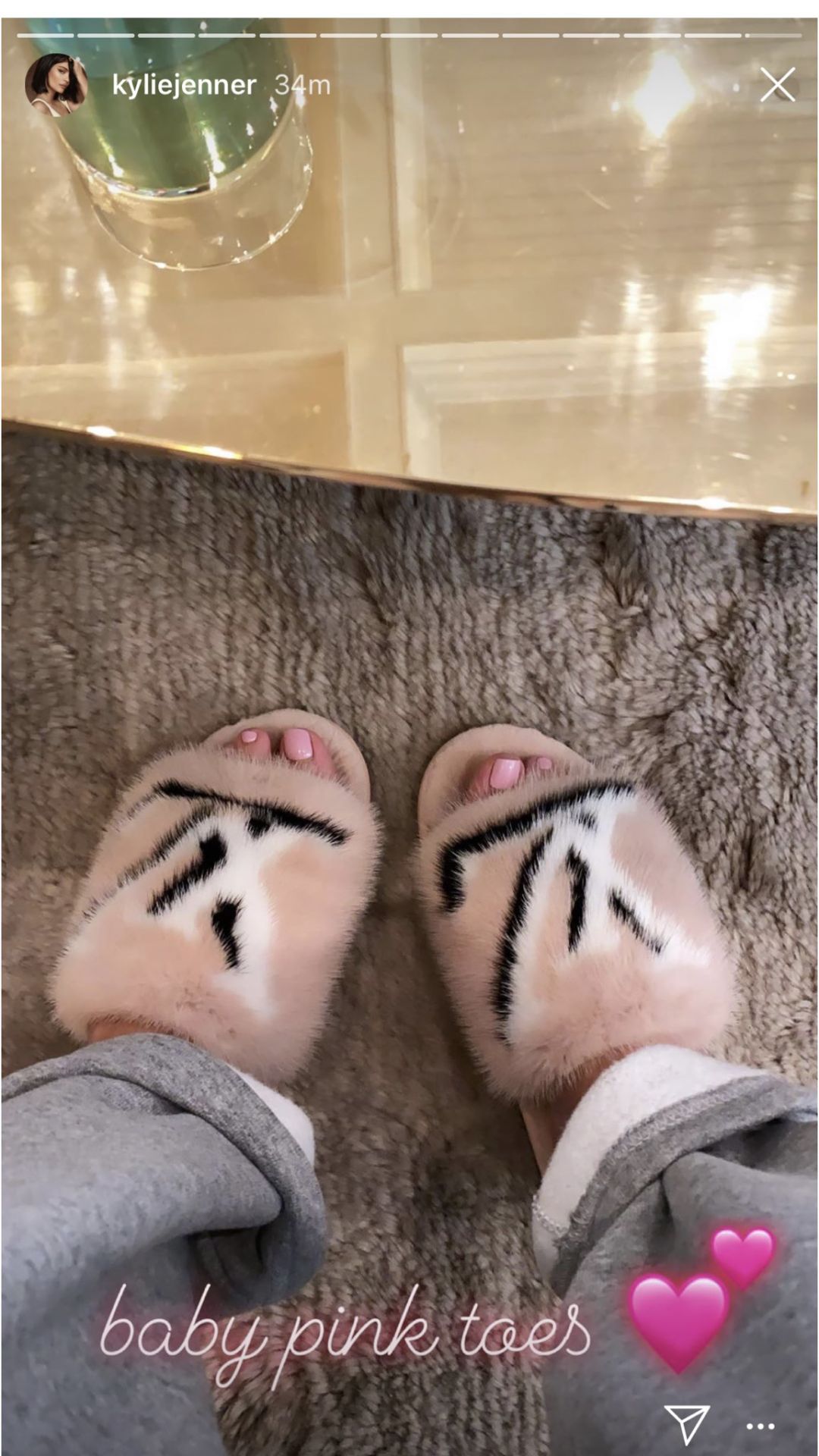 After posting about the Australian Bushfires, Jenner showed off her expensive mink slippers. Critics called her a hypocrite for wearing animal products and claiming to care about the crisis.

Celebrity and online influencer Kylie Jenner posted this picture to show her solidarity for people and animals affected by the Australian Bushfires. Critics claimed she was not doing enough.

After posting about the Australian Bushfires, Jenner showed off her expensive mink slippers. Critics called her a hypocrite for wearing animal products and claiming to care about the crisis.

As global crises like climate change and inequality grow, celebrities and billionaires compete to seem charitable. But these charities are often misrepresented by celebrities themselves, whose incomes make their donations look pitiful. In an ongoing battle for influence, celebrities should reveal the dollar amount of every big donation, so their followers can judge for themselves what “charity” truly means.

A recent example was Kylie Jenner’s Instagram post about the Australian bushfires, which ravaged the nation’s countryside in early 2020.

On Jan. 6, Jenner posted two Instagram stories that gained online attention. One was a melancholy photo of a koala clutching a volunteer with a burning tree behind them. Jenner’s caption read, “Over half a BILLION animals have been killed in Australia. This breaks my heart.”

This alone would not have caused such a stir, but the post that followed it was a photo of Jenner’s pedicured feet in $1,480 Louis Vuitton slippers made out of mink fur.

Whether you are an avid viewer of “Keeping up with Kardashians,” invested in pop culture or interested in the cosmetic industry, Kylie Jenner is a household name. She currently holds the title of the fifth most-followed Instagram account with a whopping 161,455,678 followers. With this enormous platform comes powerful influence.

But as college students, we should think twice about our eco-footprint, and avoid buying products and supporting celebrities who contradict our beliefs. Bigger platforms just cast brighter light on controversy.

Jenner’s post was ironic because she tried to show sympathy for animal deaths yet brandished her expensive animal-fur slippers in the next. People were quick to comment on this insensitive oversight.

One Twitter user, @Katiegiff, responded with, “Kylie posting a story about the AU fires then a story of her mink LV slippers is my favorite new definition of tone-deaf.”

After receiving harsh criticism, Jenner took action and made a $1 million donation to Australian charities. According to Forbes, she is the youngest self-made billionaire, which makes her donation of $1 million about 1% of her net worth.

This is a generous donation and I am not going to criticize Kylie Jenner for giving to an important cause, but her followers should be aware that this contribution was relatively small and only given after facing criticism.

On the same day that Jenner uploaded the Instagram stories, her sister Kim Kardashian tweeted about climate change.

One Twitter user, @zenalexandriaxo, commented, “Nothing gets me more heated than to see the Kardashians/Jenners talk about climate change/wildfires & not donate even a penny.”

Her other sister Khloé came to her aid by tweeting, “Good deeds should be done with intention and not for attention. We are all blessed to be able to bless others even if it is in the slightest way. But we do not need to be boastful about that. Be boastful in regards to teaching others how they may be able to help as well.”

But celebrities should publicize donations so their audience can hold them accountable when they profit off social media posts. While Kim and Khloé’s points are understandable, their entire family has a reality show dedicated to them where viewers can see intimate moments of their life, so why wouldn’t they publicize something as important as an international charity? It is unclear if Jenner was planning to send aid to the fires at all, but after facing backlash she was quick to donate.

But the Kardishans are not alone when it comes to this subject. Amazon CEO Jeff Bezos also publicly donated to the bushfires, and the world was watching.

If celebrities like the Kardashians and billionaires like Bezos choose to speak out about causes they claim to support, the public has the right to know whether they are really making a difference. As college students we should also be wary of how influencer culture affects people’s morals, and use the power of celebrity to challenge ourselves and our peers on what it means to care.