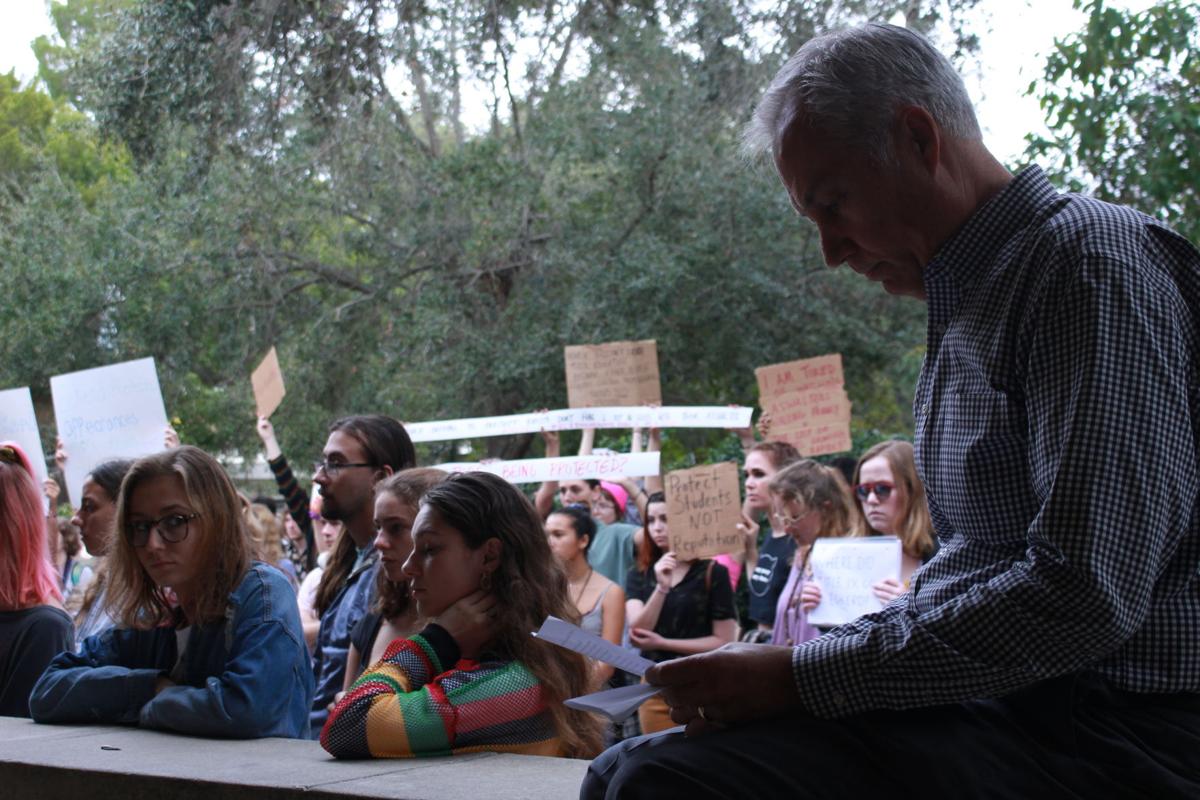 Chaplain Doug Mcmahon sits in silence among students while reading an article presented to him by junior Shelby Scott, who helped organize the demonstration. The protest on Feb. 5 led to the creation of student and faculty Title IX Advisory Councils and listening sessions for students, faculty and staff. 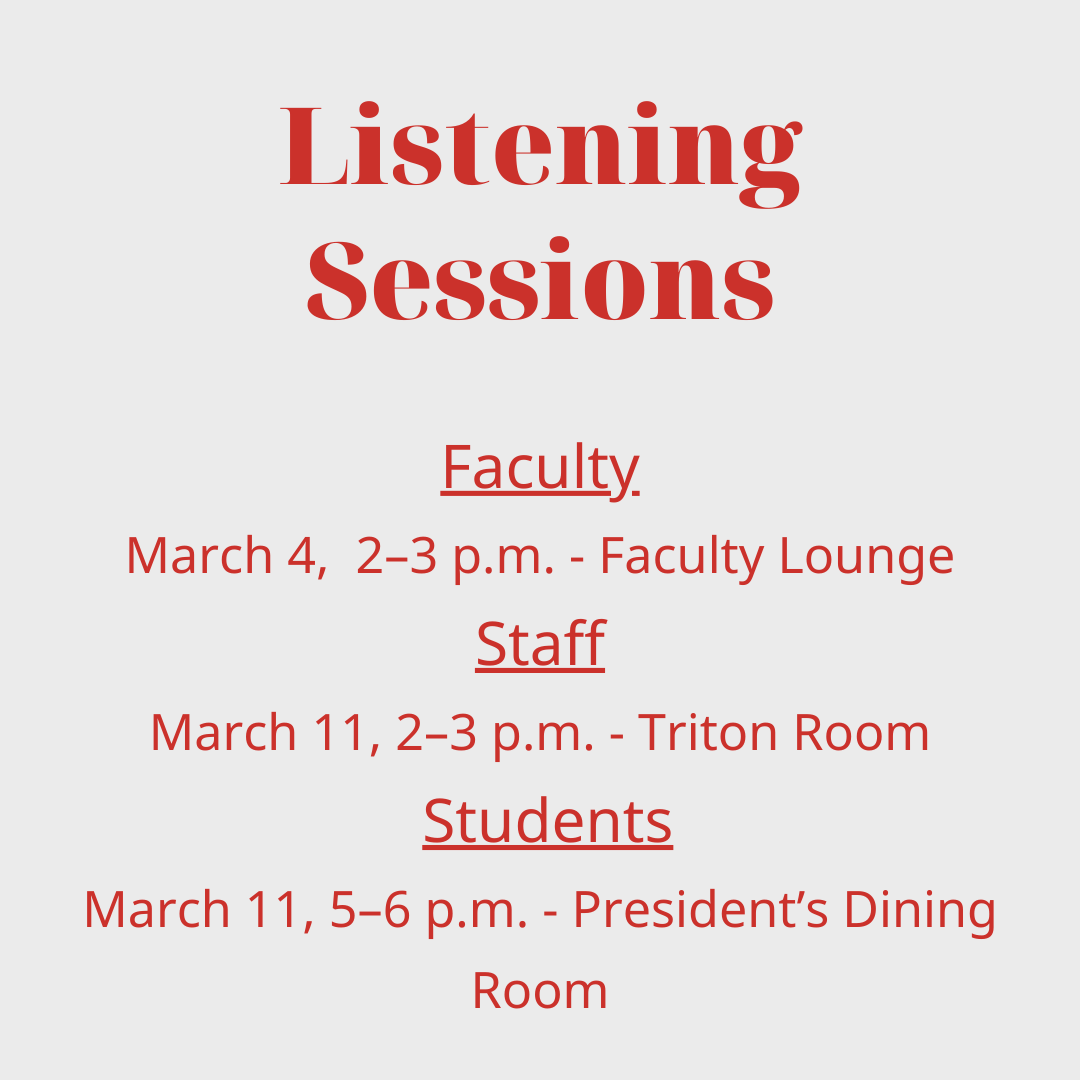 The first student and faculty listening sessions took place on Feb. 26 after being announced via email by the Office of Advocacy Services on Feb. 25. The sessions are limited to 25 participants and in order to participate, interested individuals must RSVP by emailing advocacy@eckerd.edu and submit their questions anonymously up to 24 hours beforehand here.

In early February, President Donald Eastman announced a plan to improve the “campus dialogue about Title IX” after 200 students protested the school’s alleged mishandling of several sexual misconduct cases. On Feb. 24, Eastman confirmed that two advisory councils on Title IX will work to support the office.

The protest followed a case against former Eckerd professor David Hastings who allegedly harassed and masturbated in front of his student and research assistant in his Galbraith office, according to a lawsuit filed against Eckerd College through Pinellas Circuit Court.

Eastman’s anticipated response explained that one council would consist of faculty and the other of students.

The president chose Dean of Faculty Suzan Harrison to select the faculty council members. Harrison previously faced criticism when the Hastings lawsuit named her for allegedly discouraging a student to report sexual misconduct.

There is a 25-person-maximum for the sessions and you must reserve a spot to attend the listening sessions.

The email also says the advisory councils will help create new educational initiatives and serve as resources for students and faculty.

The groups’ other responsibilities include regularly updating the Title IX office on campus culture and improving the office’s functions and accessibility within federal guidelines. 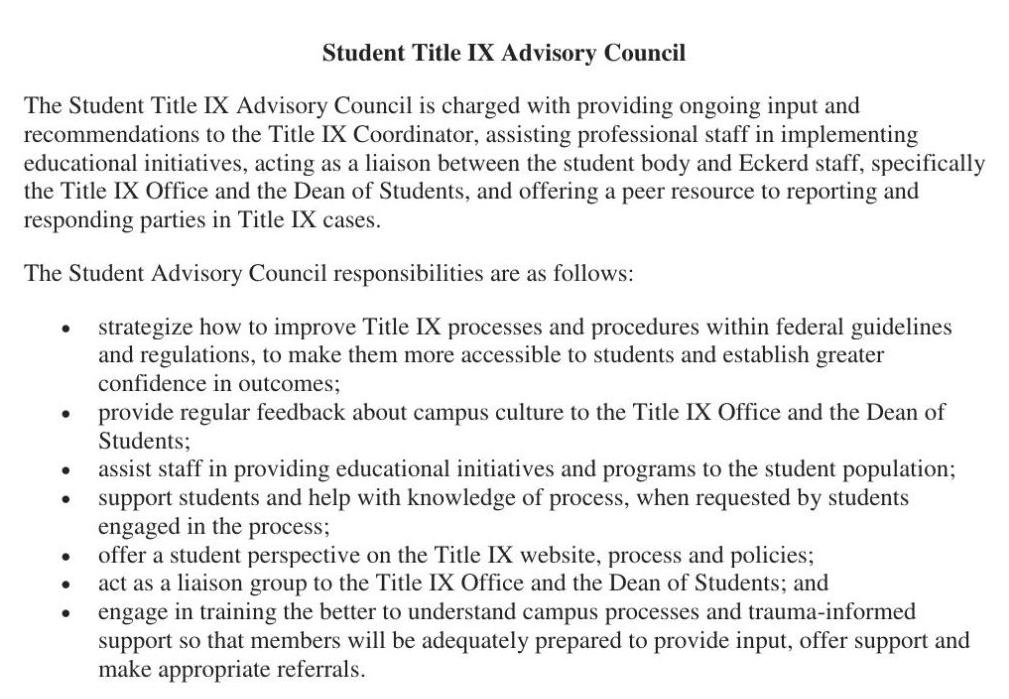 “We are deeply grateful to the students and faculty who have agreed to serve on these councils and to assist in their vital work,” Annarelli wrote in a statement to The Current.

A senior editor, Elaine is a senior at Eckerd studying environmental studies and Spanish. In her free time she can be found watching movies, gardening and walking local parks and preserves.