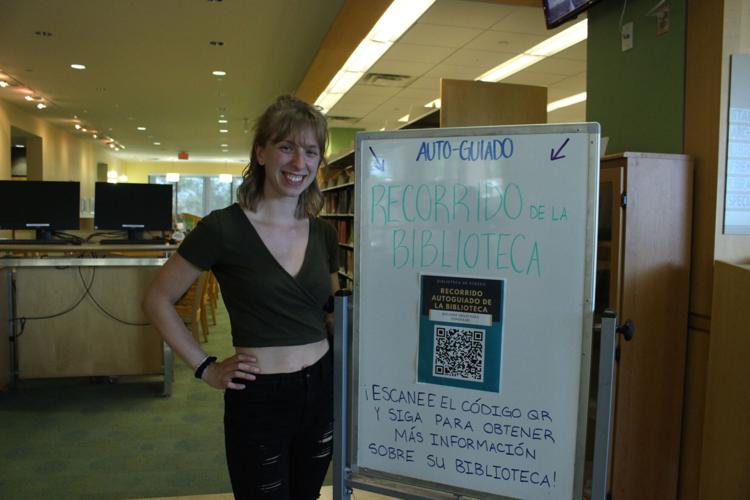 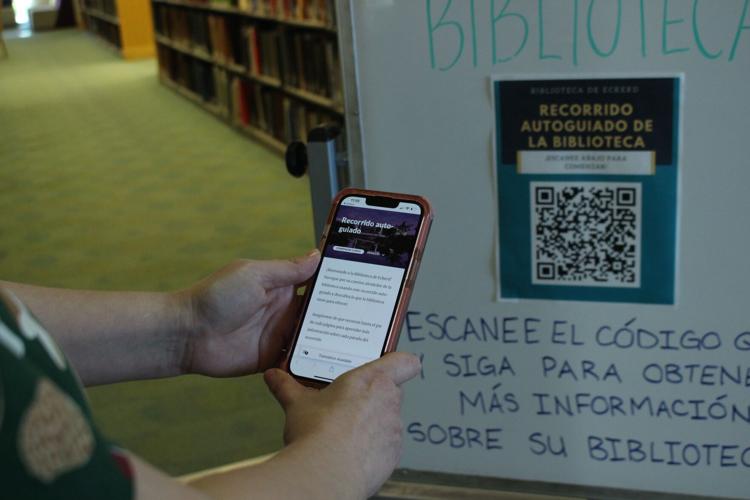 The QR code for the Spanish self-guided tour sits in between the circulation desk and the main staircase in the Armacost Library. Once scanned, the QR code opens up to the website that walks you through each section of the Library and its resources.

The QR code for the Spanish self-guided tour sits in between the circulation desk and the main staircase in the Armacost Library. Once scanned, the QR code opens up to the website that walks you through each section of the Library and its resources.

“I think it’s important that they see their own languages in all elements of Eckerd,” Matozel said. “The library is one area that could have more language diversity.”

Matozel has been working at the Armacost Library for three years up until she created the tour option.

“It’s an incredible community of other work scholars and librarians,” Matozel said.

The library’s first self-guided tour was created using a software program titled Articulate 360 which was originally used to create tutorials. The self-guided tour introduces visitors and students to different parts of the library.

The Spanish Comprehensive Examination is a senior year spring class which involves a Standards-Based Measure of Proficiency (STAMP) exam, an online test that assesses the proficiency of a student in a certain language in terms of speaking, listening, reading and writing.

The course also entails a self-directed project in which students, after having met with Professor of Spanish Yanira Angulo-Cano, must create a product intended for audiences outside of the course, which will relate to and benefit the Eckerd community.

“It was definitely a challenge for me,” Matozel said. “It was the first opportunity I had to take what I learned and use it to create something that wouldn’t just be seen by the Spanish department.”

To create this version, Matozel took the Library’s English self-guided tour herself so she could familiarize herself with its layout, and then used a copy of the original provided by Ibarra. She then typed every section in Spanish, and had the translation reviewed by Spanish tutors before its QR code was published. The QR code is currently available to students at the whiteboard near the Library’s circulation desk.

“[Matozel] is a tremendous asset to the Library,” Ibarra said. “We’re proud of her upcoming graduation, but we will greatly miss her.”

Matozel is currently curating a collection of books for Hispanic Heritage Month, from Sept. 15 to Oct. 15. She is also working on additional translations for the Library’s display screen, located near the front entrance.