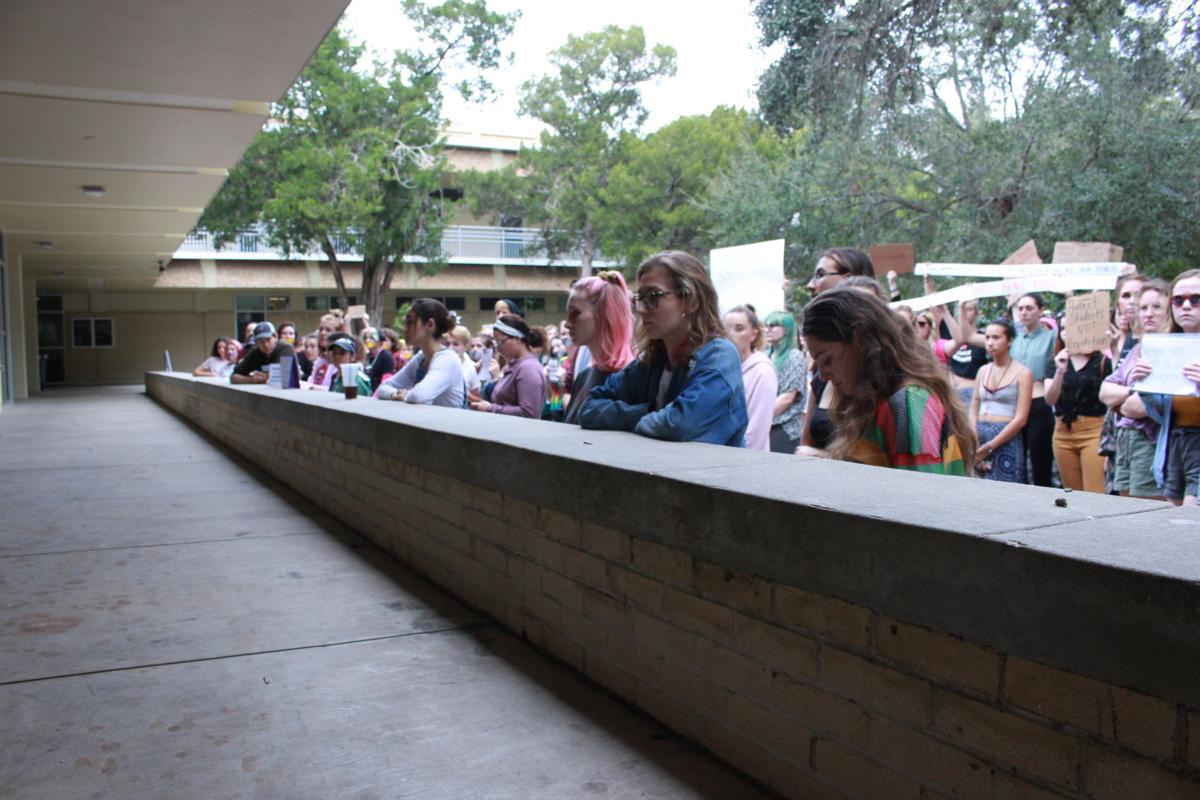 Around 200 students protested against Eckerd's alleged mishandling of the Title IX process. This peaceful protest took place on Feb. 5. 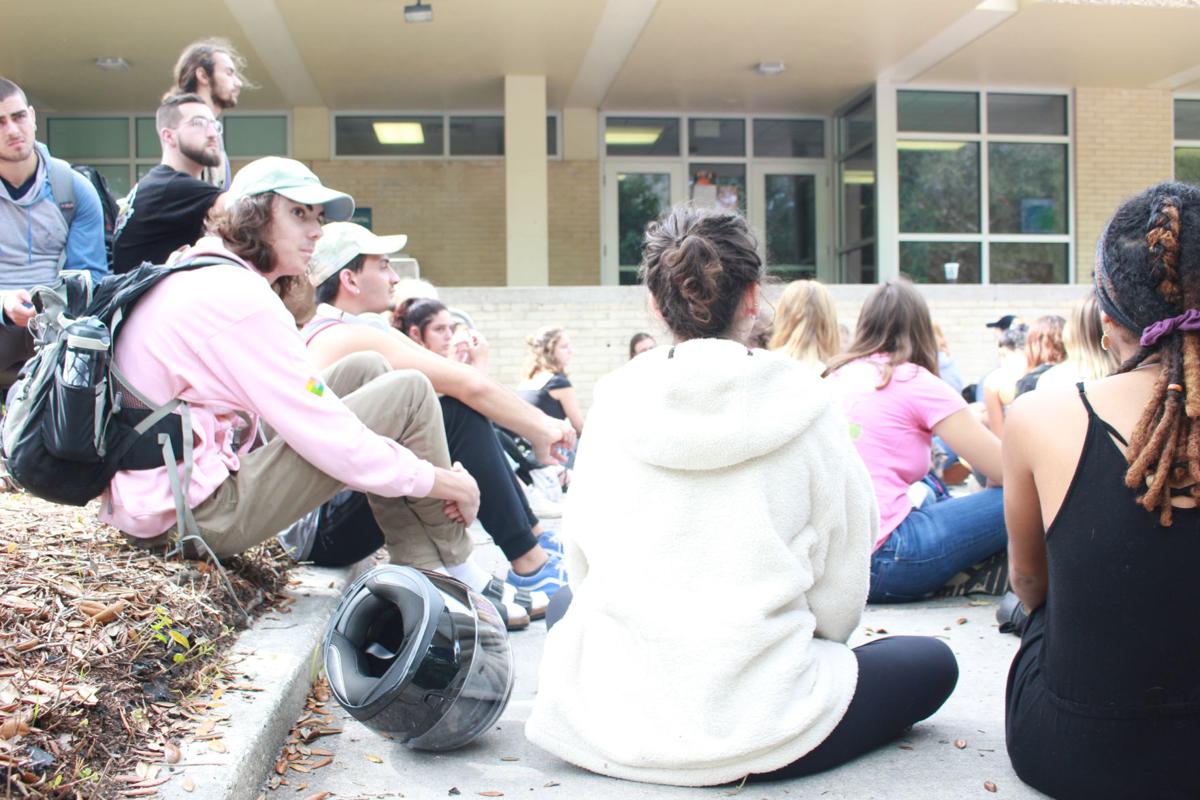 Students sit during the silent Feb. 5 protest. This took place outside the Sheen Auditorium, where a faculty meeting was being held.

On March 18, the plaintiff of the lawsuit involving Eckerd’s alleged mishandling of a Title IX case voluntarily dismissed the lawsuit with prejudice, meaning the plaintiff cannot pursue further legal action on the same claim.

The case involved David Hastings, former professor of marine science and biology, and Dean of Faculty Suzan Harrison. The plaintiff was a former student.

The lawsuit alleged that Hastings masturbated without consent in front of the plaintiff, who was his lab assistant and student at the time. It also alleged that he introduced her as his girlfriend to others.

Harrison also allegedly told the plaintiff not to go forward with the case, according to the lawsuit.

On Feb. 5, around 200 students silently protested outside Sheen Auditorium against the college’s alleged mishandling of Title IX cases. Eckerd has created two advisory councils, one for students and one for faculty, and hosted multiple listening sessions to open the dialogue within the community about Title IX cases.