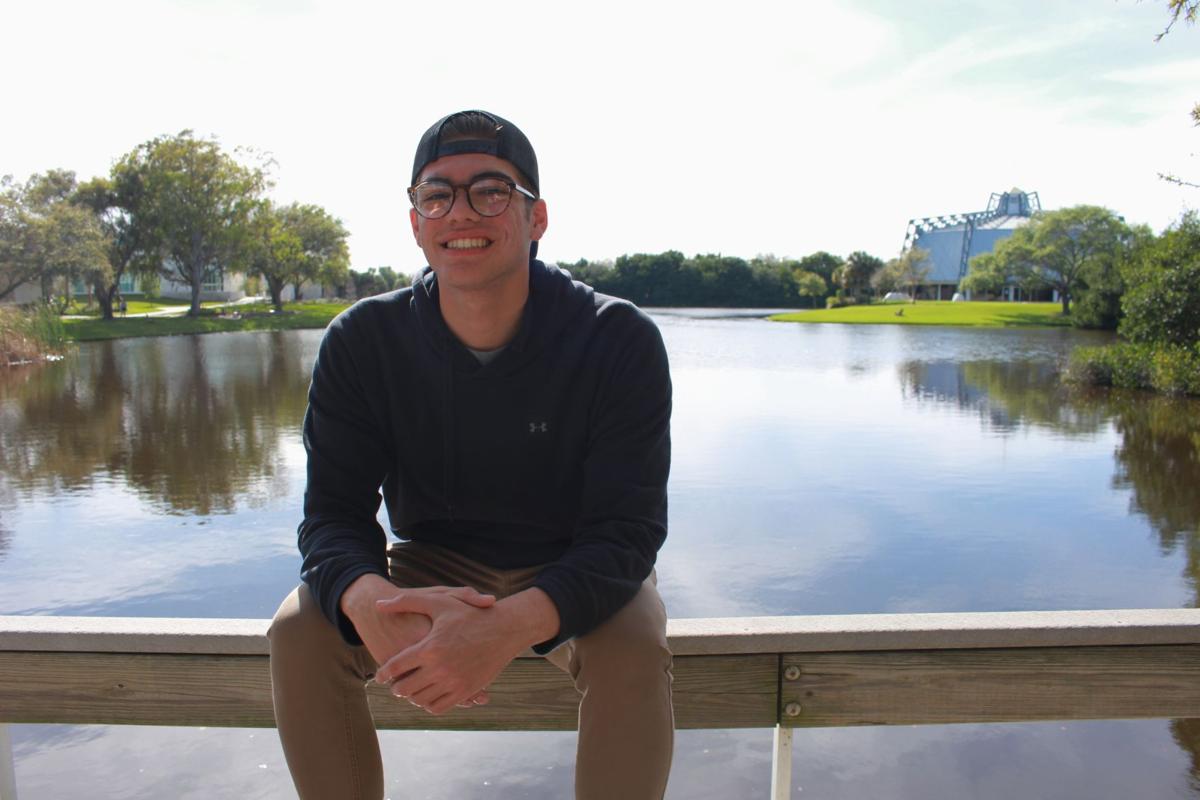 First-year Carter Weinhofer is running for Vice President of Financial Affairs for 2020-2021. His platform focuses on student discount cards, fairness and including a variety of voices on the committee. 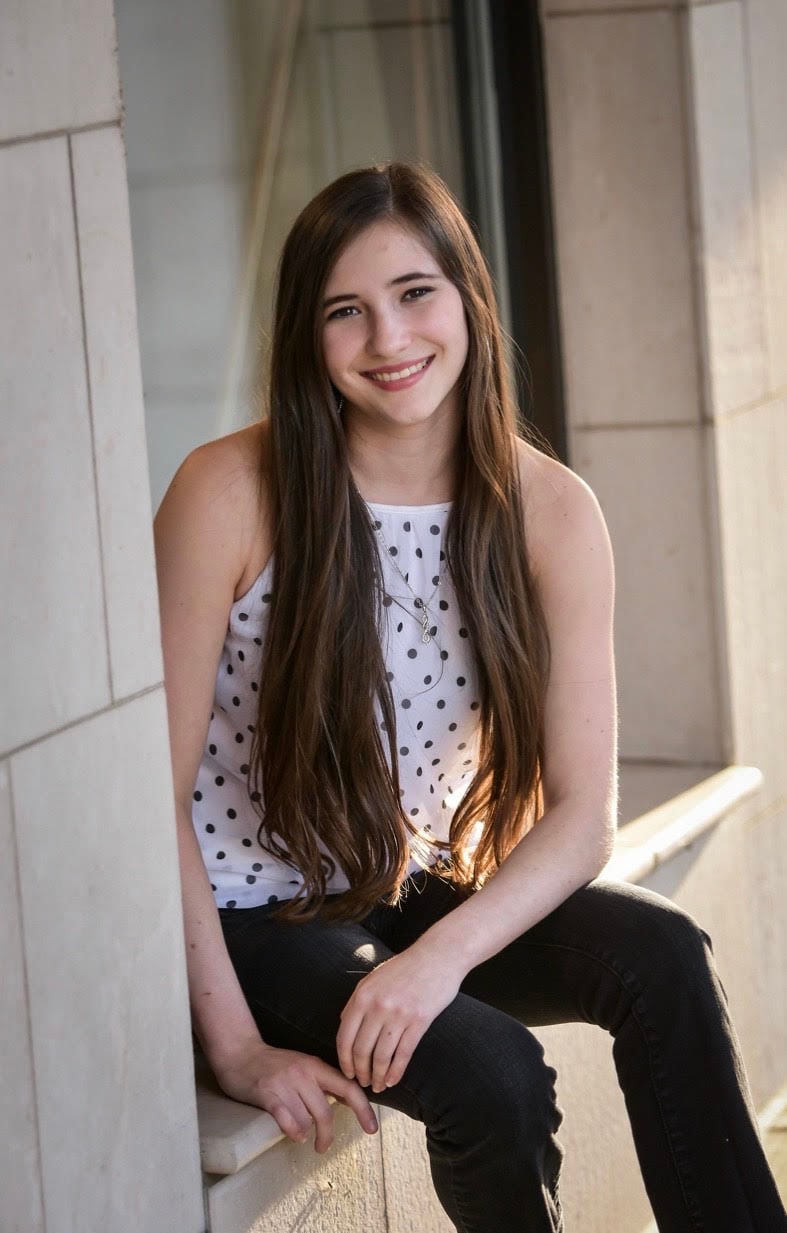 Junior Annalise Kendrick is running for Vice President of Financial Affairs for 2020-2021. Her platform focuses on transparency, fairness and being a catalyst for clubs.

The community, the people. Just how much opportunity there is here. Coming in I didn't really know what to expect. And I guess I was a little nervous even to come here at first, being so far away from home, but the people and the community really made me stay because everyone's just so supportive and it just feels like everyone's there for each other.

What have you done with ASPEC in this position?

There was the ECOS-ASPEC dinner last semester, which I helped coordinate between the two departments. Also, just attending ASPEC meetings in the cabinet meetings.

What are some of your ideas for running the committee efficiently for the Financial Affairs Committee?

I feel like we just need to get a lot of students with different areas and different interests. Also different grade standings too, freshmen and seniors. Really just getting everyone together from different perspectives, so we all have, you know, different views on the budgets and where the money should go. Also allocating the funds to the clubs is a big part of the committee. So I feel like things like the club fair at the start of the fall semester, where we all sign up for the clubs and everything like that. I feel like it's a good way to gauge student interests in clubs and based off the student interests and how many students are involved. That's a really good way to figure out how to budget.

What are some of your goals like to create a fair budget and allocate accordingly?

Gauging the student interests and seeing if there's not so many people working on this club this year they probably don't need all those funds. If they're not utilizing all of their funds then they shouldn't be allocated all those funds. But if there's a club, which is gaining a lot more interest, then I think the funds should be increased a little bit. And also if a club needs more funding for any reason there's always the ICV fund.

Could you talk more about what your vision is for working with different businesses to work on the student card?

Just promoting with the discounts too more. Getting because you know I went to IHOP today, and Eckerd students get 20% off, I never knew that. We have that student discount card in the ECOS office, but I feel like making you know like a poster or flier or something to put around the campus and make people more aware of it. You know most college students are on a strict budget. I feel like it's really important to reach out to local businesses that are around downtown.

What's your favorite aspect of Eckerd?

I really love how close the student-professor relationships are here and just like the overall sense of community. I feel like everybody really looks out for each other here, everyone's always checking in. And people really have a way of getting together, even for sunsets or for bonfires or just in dorm lounges spontaneously. I think that's really special.

Can you give me an example of how you have handled money responsibly in the past?

I was on the Financial Affairs Committee that's run by the VPFA last year and so we did a lot of work with budgeting in that. Also I lived on my own in high school, and so I was working two jobs and I had to be really, really careful with money. So I got really good about making money last for a long period of time. Sometimes I get by like less than $20 a month for food, and just budgeting really really carefully for that. And then I also handled the budget for cheerleading last year. Since we didn't have a very big budget and there were a lot of things we needed, and also just because I'm so aware of all the programs offered through Eckerd like the ICV and budgeting things through that. I was able to pretty much get four or five times our budget's worth of things for the team.

You talk a lot about transparency and how clubs don't really know how money is allocated. How would you improve that?

I'd like to post more things on the Eckerd website about how the budget is being broken down, as well as how we're making our decisions because a lot of the stuff that happens with ICV is going on behind the scenes. I think that clubs kind of come in and they don't really know what to expect to that or they don't know how to best get money out of things, and that's things like having a really detailed budget, because if we know where your money is going we're much more comfortable giving you money and knowing that you're responsible with that. I don't think many people realize that we do have a spreadsheet of all the clubs budgets and so we're raising awareness of an accessibility so it's not just that it is there if you go looking for it but that it's easy to find. And then also we should have some perverse incentives. So I'd like to just change people's attitudes towards that on the Financial Affairs Committee. So, giving people money and ICV before they run out of money so long as they have the rest of their money budgeted so we're rewarding people who have budgeted responsibly instead of the clubs that ran out of money because they didn't plan far enough ahead.

How do you think you would run the committee and get people passionate and excited about being on it?

I think that I want people to realize the number of campus projects that come to the committee, and that we're the fuel that can drive that. I don't know if you remember, Francesca a couple years ago with the reusable bag, she came to our committee with that idea. She pitched it and she was so enthusiastic that we were all excited about it. And so I kind of feel like my job isn't so much to be the initiative for that passion, but just to channel it because it's coming from all the students that I heard were really passionate to college, everyone has a ton of ideas. And just to get everyone to think about where all that money is going and all the changes that are happening because we're really student driven and realize that our money can actually make a big difference.

You talk about making sure clubs are getting a fair amount of money [in your platform]. How do you plan to drive this fairness?

I think that it kind of comes down to discussing this as a group because sometimes, when I was on Financial Affairs one person would point out one area of unfairness that I wouldn't have otherwise thought of. So it's kind of trying to look to make sure that similar clubs have similar budgets, because if one club sport is just a little newer and hasn't grown as much they still need a lot of the same supplies and it takes time to build up a high budget. We're trying to make sure that the dance and cheer team had the same project. We always make sure that men and women's rugby have the same budget. I was talking about before I want to address the perverse incentives so that there's a financial reward for budgeting responsibly and coming prepared to allocations and things like that.

Do you have any other policy initiatives that you want to achieve in your role?

I have some ideas I'd have to look into getting passed because a lot of it would have to run through the student senate. One of them is that we already have the Break Free from Plastics Pledge signed. So I'd like to provide resources to help students find things that aren't single use plastics because we've already decided we're not going to be reimbursing clubs if they're buying single use forks or plates or anything that's avoidable. But the other half of that is we will still reimburse them if it's unavoidable, so if things are coming in plastic packaging, or just aren't very environmentally friendly that way, then we'll still reimburse them. But I'd like to try and start a program where if they have something that comes with a lot of plastics that they have no control over and would be reimbursed, but they have another alternative that's more environmentally friendly, or locally sourced or just something that's going to help the environment in the community that we would cover the difference with a certain amount money I'd like to set aside for that. So instead have 1000 less dollars in ICV and have that money go towards reimbursing the difference between the more environmentally friendly and the regular one and so that clubs can be more environmentally conscious they can be supporting our community, but it's not hurting their budget because a lot of clubs just can't afford to go buy the more expensive product that's gonna be better overall.

Answers have been edited for legnth and clarity