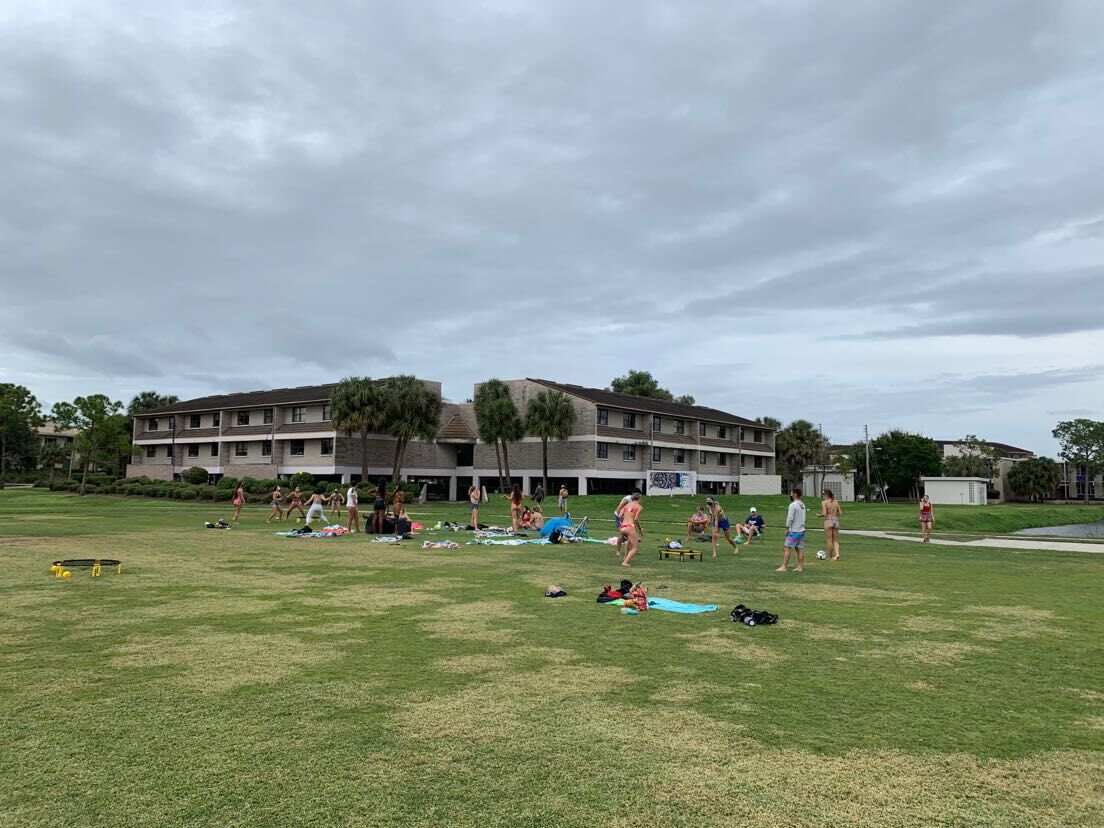 Students gather at Kappa Field after Biden's projected victory. This photo was taken on Nov. 7. 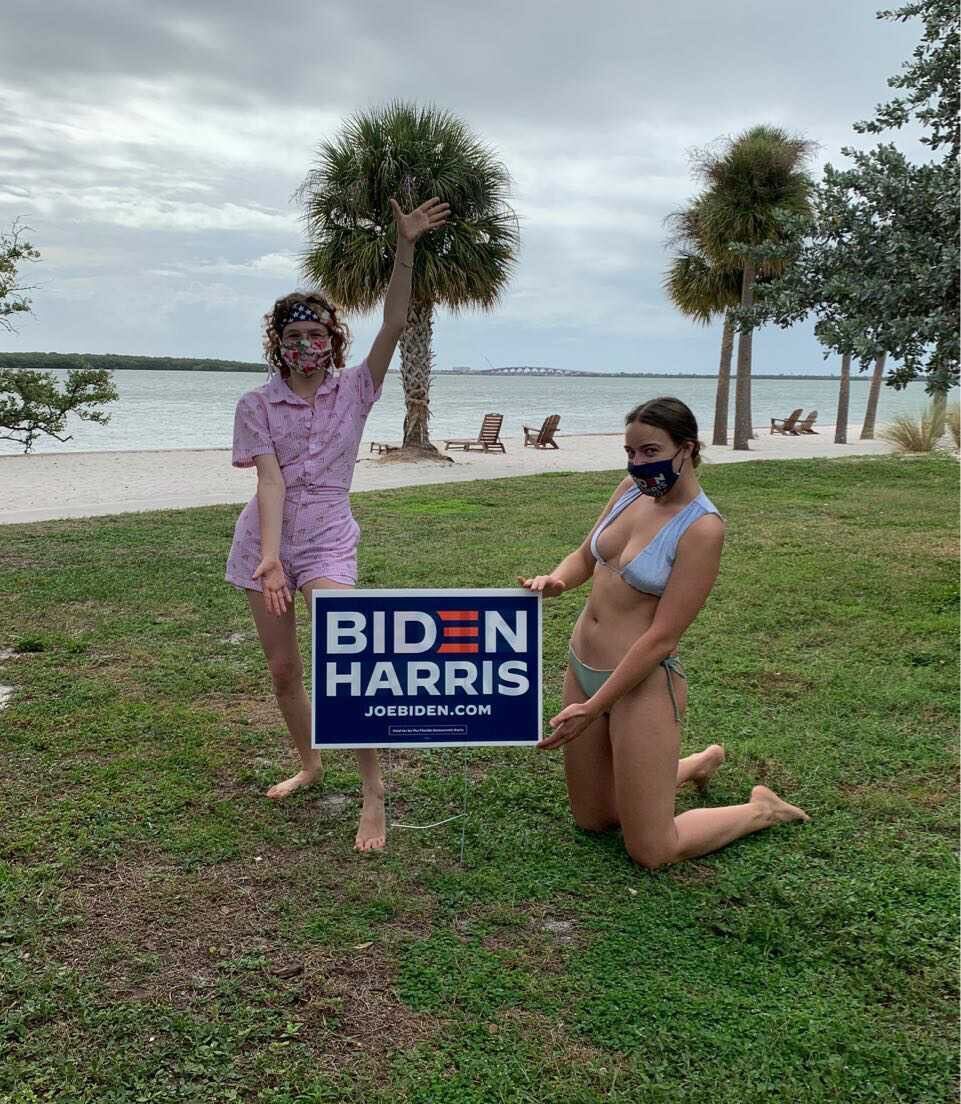 Students gather at Kappa Field after Biden's projected victory. This photo was taken on Nov. 7.

On Nov. 7, The Current sent out an informal Instagram poll asking how students felt now that Biden won the election. Out of 26 students, 11 expressed relief, 10 answered happy, and 3 were disappointed.Some students said even though Biden won, work still needs to be done.

Many parts of the country took to the streets to celebrate this historical victory, but some students took to Kappa Field.

“It’s Saturday so there will be celebrations for sure,” sophomore Azor Goodwin said.

Junior Boogie Phillips said he was satisfied with the results because anything over Trump is a satisfying feeling.

“I have had this like low-level anxiety, and I was like maybe it’s from being at school,” Goodin said. “No, it’s literally the election, and now I feel like I can actually relax today.”

Political science major Rebecca Simard was unable to vote because she is not a citizen. Simard said she felt a lot of uncertainty with this country under President Donald Trump especially being an immigrant and a member of the LGBTQ+ community.

“I think for the most part people generally feel like Trump was not the best president,” Simard said. “Even people who may be more right-leaning.”

Even though Simard doesn’t completely agree with Biden, she said his administration will have the best intentions and will try to keep most Americans safe.

ECOS President Will Shedden said he was thrilled to see many Eckerd students had exercised their right to vote either by voting early in person or by mail. Shedden said everyone should remember this new presidency should be a time to come together as a country.

“Our common goal of making America a better place doesn’t mean making it better for just blue states or red states…” Shedden said. “It means making a better, more just America for each and every one of us.”

President Fernandez sent an email regarding the election results to the Eckerd community. The email touched on the historical victory of Vice-President Elect Kamala Harris being the first female, first Black and first South Asian vice president elected in America.

“This is a new chapter in a centuries-long story to work toward a democracy that works for all,” Fernandez said.

Many students felt relieved with the outcome, but kept in mind that this is only the beginning for greater change in this country.

“I feel like it’s an incredible win, but also at the same time I feel like there’s a lot of work still left to be done,” Grace Curcio, communication major, said.