Skip to main content
You are the owner of this article.
Edit Article Add New Article
You have permission to edit this article.
Edit
Welcome, Guest
Home
News
Sports
Culture
Opinion
Science & Tech
Multimedia
1 of 2 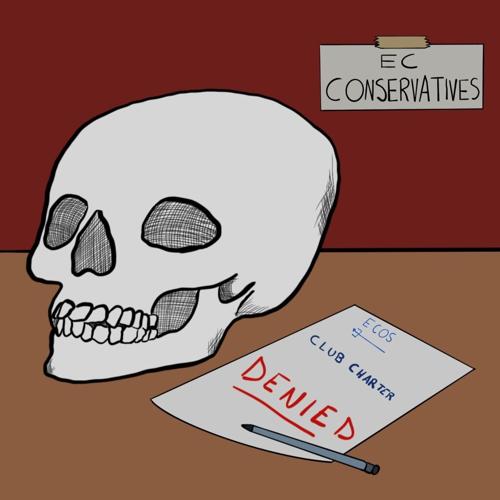 Sophomore Tony Salvatori applied to charter an official student Republican club through Eckerd College Organization of Students (ECOS), but was ultimately denied. After Salvatori's meeting with the Senate, the club is under reconsideration. 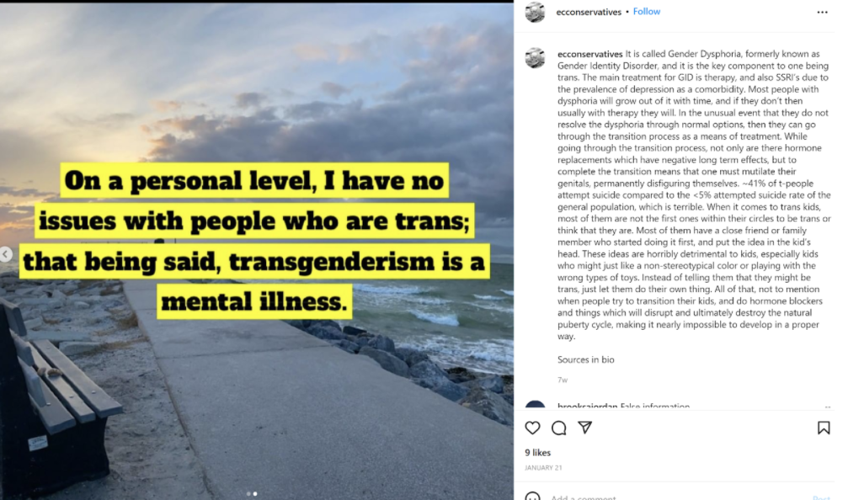 Sophomore Tony Salvatori applied to charter an official student Republican club through Eckerd College Organization of Students (ECOS), but was ultimately denied. After Salvatori's meeting with the Senate, the club is under reconsideration.

In December 2021, sophomore Tony Salvatori created an Instagram account called @ecconservatives, and began posting content about various political and social topics, such as gun control, religion and abortion. At the end of February, Salvatori applied to charter an official student Republican club through Eckerd College Organization of Students (ECOS), but was ultimately denied. Salvatori then attempted a re-charter on March 8 and is awaiting results.

Salvatori stated that he initially created the page because he wanted to act as the conservative voice in a predominantly liberal school and thought that forming a club would be a better way to connect with other conservative students and engage in community-wide discussions. Salvatori submitted the charter application with Assistant Professor of Political Science Allison Quatrini* as the club’s faculty sponsor and senior Mendy Reed as co-club head.

About his reason for wanting to start the ecconservatices Instagram page and the EC Republicans club, Salvatori said, “I’ve been thinking about it for a long time just because there isn’t any conservative voice on campus. There’s no club, there’s nothing to get our voices out there. And I know a lot of other people were frustrated with that.”

According to ECOS President Ava McLeod, the club charter was denied because of some social media posts that violated the EC Handbook’s terms and conditions, including hate speech and discrimination, not because of the political nature of the club.

Eckerd’s policy against discrimination and harassment can be found here.

“The club itself, EC Republicans, ECOS and Senate does not have a problem with that club being chartered. We actually think it would be very advantageous if that was a club on campus, seeing as we have EC Dems,” McLeod said.

According to McLeod, when a club does not get chartered, they can request a meeting with the Senate to decide whether the student group can still be involved on campus, if some kind of training needs to take place or if they must follow other requirements established by the Senate.

Salvatori said he attended a meeting with the Senate on March 8, during which he hopes that he cleared up their concerns about his posts being discriminatory.

“I don’t think any of my posts are discriminatory,” Salvatori said. “The one they pulled out specifically was my transgender post, and I knew that they would. But I don’t think that’s discriminatory, especially because I preface in the first line of the caption that I think they do exist and have a right to exist.”

This post, created on Jan. 21, says that people who are transgender are mentally ill, hormone replacement therapy is dangerous and that most kids will eventually grow out of being transgender.

Many comments on the post debated the legitimacy of these claims; some students argue that gender nonconformity in itself is not a mental disorder and hormone replacement therapy has proven to be safe over the last few decades. Additionally, many people expressed that the language in Salvatori’s post is offensive and hurtful to transgender people.

Salvatori stated that he is aware that his Instagram page is not the best way to start important discussions because it is a difficult way to communicate with people.

In the future, Salvatori said he hopes to get EC Republicans started and have in-person club meetings, guest speakers and open discussions. Additionally, he said the EC Conservatives Instagram page will not be the club’s Instagram page, and will instead be his own personal page unaffiliated with an Eckerd organization.

The results of Salvatori’s meeting with the Senate will be decided the week of March 14.

Kelli is a senior majoring in literature with minors in journalism, human development and Italian. She is also a member of the Eckerd College Emergency Response Team and the Student Title IX Council.