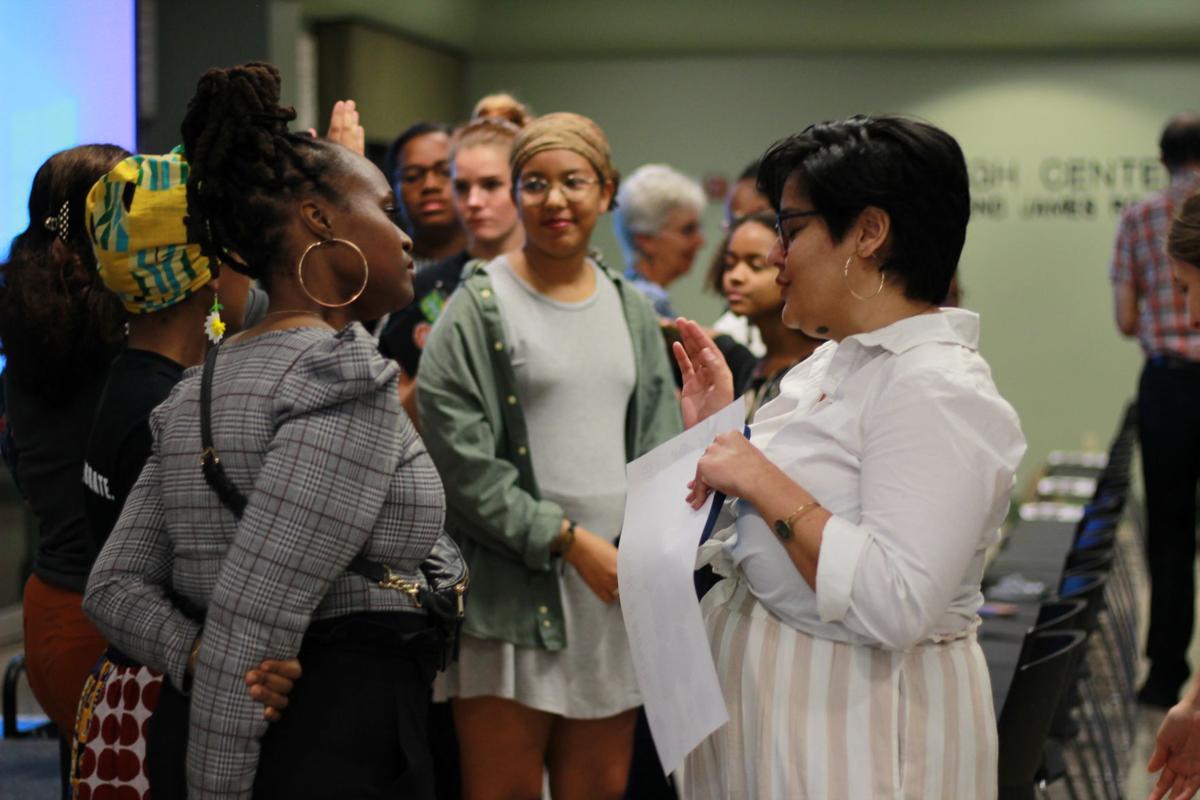 Jamila Lyiscott responds to questions from the crowd. The audience for Lyiscott's CPS event consisted of a mix of AAS members, general Eckerd students, Eckerd staff, and members of the public. Photo by Jayden Simelda-Longe 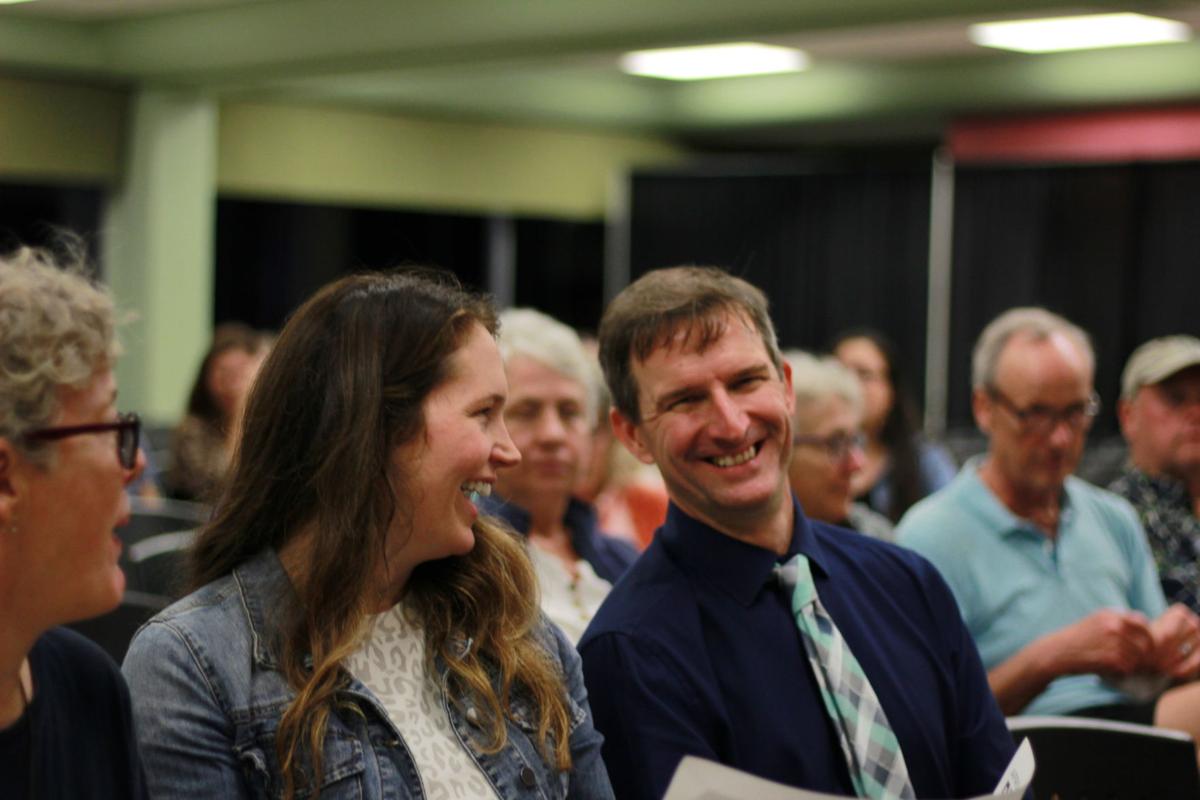 Speaker Jamila Lyiscott kept the mood light for most of the presentation while covering hard-hitting topics like institutional and interpersonal racism. By Jayden Simelda-Longe

Jamila Lyiscott responds to questions from the crowd. The audience for Lyiscott's CPS event consisted of a mix of AAS members, general Eckerd students, Eckerd staff, and members of the public. Photo by Jayden Simelda-Longe

Speaker Jamila Lyiscott kept the mood light for most of the presentation while covering hard-hitting topics like institutional and interpersonal racism. By Jayden Simelda-Longe

As a part of Eckerd’s Black Futures Month, Dr. Jamila Lyiscott presented “Black Appetite. White Food: Issues of Race, Voice, and Justice in Education” on Feb. 11 at 7 p.m. to around 200 audience members. Lyiscott is an assistant professor of social justice education at the University of Massachusetts Amherst and is well known for her TED Talk feature, “3 Ways to Speak English.”

Much of the presentation focused on language in relation to race in America. Lyiscott began the presentation by, in her words, “unapologetically asserting where she’s from.” She talked about the scholarly world and how minorities are forced to give up parts of themselves to fit in and be taken seriously.

She asked the audience to examine why a certain way of talking and behaving was considered scholarly and why things that did not fit in that box seemed “uneducated.” Why aren’t box braids considered professional and banned in some schools? Why do some colleges discourage cheering during graduation, saying it is a “dignified and solemn affair” and who decided that? Under examination, it is clear that this is a thinly disguised way of enforcing which cultural standards are “acceptable” and which aren’t.

Lyiscott pointed this out and examined the harm to students who come from one of the “unacceptable” cultures and are told they have to give up their past, home, language and identity to be accepted and considered worth listening to. Lyiscott said these students are expected to “destroy our sense of selves” to fit in.

Lyiscott discussed bringing change by acknowledging pain and looking for the future, and how leaning too far to one side or the other is dangerous. She talked about how people eat up stories of black suffering without stopping to look at the cause. In her presentation, she showed a picture from Ken Gonzales-Day’s Erased Lynching Series. The series takes famous pictures of lynchings and erases the person being lynched, showing only the crowd at their feet. Usually the victim is what draws all the attention and the perpetrators of the crime are ignored. Lyiscott pointed out that knowing what is causing the problems is an important step to solving them.

She also talked about her realization of “being someone’s ancestor.” She recalled thinking about how she is alive and able to do what she does because of her ancestors and their dreams. To change the world we need to have a better world in mind and be mindful of what we leave for our descendants.

“I’m somebody’s ancestor and I need to have wild dreams,” Lyiscott said.

Lyiscott’s presentation is part of Black Future’s Month which is a series of events featured by Eckerd's Afro-American Society. Many events remain, including “Black Voices in Higher Education” on Feb. 13, “Valentine’s Day Jazz, Blues & R&B” and “Real Talk Tuesday” on Feb. 18.